How Silence Can Be Golden, Not Awkward

Years ago I was contracted by Apple Computer to do a series of seminars in Japan, and they paid an expert (Dianne Saphiere, if you’re out there, take a bow) to help me with some cross-cultural fine tuning. 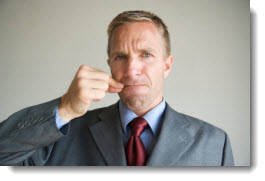 Dianne taught me the business power of silence.

In Japan, she said, a long pause during a negotiation was traditionally can a sign of respect. It was a way to show that the matter is important and the proposal just made is worthy of thought.

To Americans, on the other hand, a long pause during a negotiation is an awkward silence. The longer the silence, the more uncomfortable it becomes.

Imagine a conference room in Tokyo. A team of Americans are negotiating a deal with a team of Japanese. “We can do that for $100,000,” the Americans say. The Japanese say nothing. They wait in silence for two minutes.

That’s just one example of the power of silence. It’s not just about Americans and Japanese. Waiting before responding is generally a good idea in lots of contexts. Call that thinking first. And, I’m sorry to admit, I’ve also learned (the hard way) the dangers of responding without thinking. And in a negotiation context, especially, silence can be golden, not awkward.

Tim Berry is Founder and Chairman of Palo Alto Software, Founder of Bplans, Co-Founder of Borland International, Stanford MBA, and co-founder of Have Presence. He is the author of several books and thousands of articles on business planning, small business, social media and startup business.
13 Reactions
Subscribe
Follow @smallbiztrends
RSS LinkedIn Pinterest iTunes