How Much Does Your State Support Green Business?

Where your business is based can impact on how green you are. That’s the takeaway of a recent top 10 ranking of states by Site Selection magazine that ranked U.S. states on how well they engage in environmentally sustainable practices.

The rankings look at attributes such green industry projects, the number of projects certified by Leadership in Energy and Environmental Design (LEED), financial incentives offered to support green projects, per capita renewable energy generation, funding for brownfields redevelopment and use of alternative-fuel vehicles. 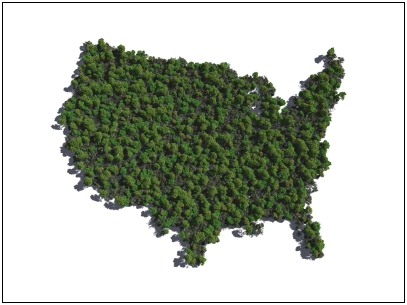 Topping the list, unsurprisingly, is California, followed by Washington, Oregon, Minnesota and Colorado. The rankings also rate metro areas, with San Francisco; Portland, Ore.; Los Angeles; Chicago; and New York City as the top five.  Interestingly, the United States doesn’t make it onto the magazine’s list of top sustainable countries; Canada is No. 1.

Though it may seem pointless to follow such rankings – especially since most businesses can’t just pick up and move – the Site Selection rankings do highlight the importance of building green communities and offering incentives to help businesses become environmentally friendlier. One part of the rankings is based on state and local financial incentives listed in the Database of State Incentives for Renewables & Efficiency, which is compiled by the North Carolina Solar Center and the Interstate Renewable Energy Council.  This is a great resource for finding out what your state actually has to offer.

Knowing your state’s ranking can help you get a feel for whether it’s worth your time and effort to seek business incentives for energy-efficient activities, such as retrofitting lighting or installing solar panels. Such incentives can tip the financial balance and make it actually worth it for a small business to make such upgrades.

The article also touches on a greater debate as to how much green incentives and green focus play into economic growth. Are the states that engage businesses on environmental sustainability weathering today’s economic troubles better than ones that don’t ?

“Top-ranking areas for sustainability don’t just pass restrictive laws or put token solar panels on every edifice,” the article notes. “They nurture an ecosystem of business, institutions, government and individual citizens all striving to place a proper value on their locality’s limited resources, and sometimes to make or save money in the process.”

Kelly Spors is a former small-business and entrepreneurship reporter and blogger for The Wall Street Journal who has also written for Yahoo!, Entrepreneur, NFIB's MyBusiness magazine and The New York Times. Kelly is now a freelance editor and writer based in Minneapolis and has previously managed communications for an environmental non-profit that helps businesses find ways to be greener.
4 Reactions
Subscribe
Follow @smallbiztrends
RSS LinkedIn Pinterest iTunes