What Really Needs to Happen to Create Jobs?

The most recent June employment figures were disappointing, to say the least. But does the blame for feeble job growth lie with business, or with government? Currently, while both sides seem to agree on a lot (at least in theory), there’s a lot of finger-pointing going on and not a lot of action.

The Jobs for America Summit 2011, held at the U.S. Chamber of Commerce earlier this month, illustrates the divide. The U.S. Chamber of Commerce recently released a survey of its members that puts the blame for lackluster job growth at Washington’s feet. The vast majority (84 percent) of surveyed members think the U.S. economy is on the wrong track, and 79 percent believe Washington should get out of the way of small businesses, instead of offering a helping hand (14 percent). 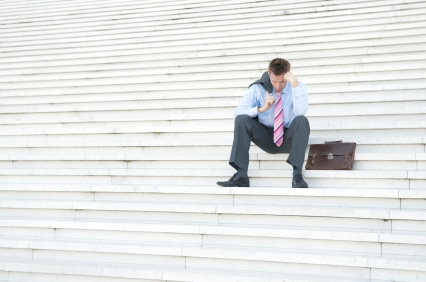 At the Jobs Summit, CNNMoney.com reported, Chamber President and CEO Thomas Donohue explained the organization’s ideas for helping create jobs. Among the policies the Chamber supports are:

OK, so what does Washington have to say about job creation? The President’s Jobs and Competitiveness Council, comprised of 26 private-sector leaders led by GE Chairman and CEO Jeffrey Immelt, has been tasked with coming up with ideas to accelerate job growth and make the country more competitive. In June, Immelt co-authored an op-ed piece in The Wall Street Journal laying out the recommendations the Council had come up with in its first 90 days:

Long-term recommendations, which the Council will be fleshing out in the next 90 days, include:

I see a fair amount of overlap here, don’t you? In fact, the White House issued an executive order in July requiring agencies to remove outdated regulations that are hampering small businesses.

So what’s holding things back? At the Summit, CNNMoney reports, Immelt took business to task for failure to act:

“The people who are part of the business sector, the people in this room, have got to stop complaining about government and get some action underway. There’s no excuse today for lack of leadership. We all need to be part of the solution.”

But Donohue fired back. “Can you blame these businesses?” he told the audience. “They don’t know what’s going to hit them next, and that’s what worries them the most.” Almost half of all respondents to the Chamber survey said uncertainty about U.S. economy is one of the top three important challenges facing their businesses, and 55 percent cited it as their biggest obstacle to hiring.

What worries me the most? I see a whole lot of recommending and not a lot of action. Small businesses are all about action, and I think it’s time for businesses – large and small – to start moving forward again.