Where Will the New Jobs Come From? They’re Already Coming From Remote Workforces

Who is going to create the new jobs America so desperately needs to get our economy back on track? This question is a subject of ongoing debate. Will small businesses create them? Big business? Well, according to a new survey by online employment platform oDesk, new jobs are already being generated by remote hiring.

oDesk found what it called “a significant shift” in how businesses are hiring and how workers are finding jobs:

“Businesses are growing by leveraging remote contractors to build distributed teams, and contractors, in turn, are earning more money and even starting their own small businesses.”

According to the Online Work Survey, employers are becoming more comfortable with the idea of remote workforces. More than half (54 percent) of employers have no preference as to where their workers are based. They’re also becoming more confident in relying on contractors or remote staff for critical or core business functions; 55 percent of employers say they give such work to remote contractors. 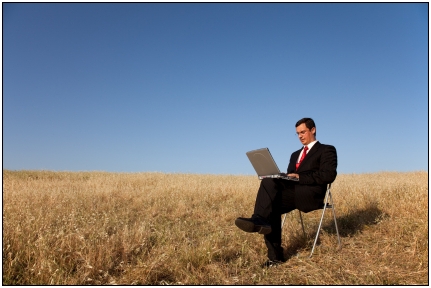 Ease of communication is one factor making employers feel more comfortable with this arrangement. More than three-fourths (77 percent) of employers communicate with their remote workers several times per week, the majority by email and Skype.

Why are companies turning to remote workforces? oDesk found two primary reasons. More than one-quarter (28 percent) of employers admit to having trouble finding the talent they need in the local workforce. And 21 percent say using an online workforce allows them to scale up or down quickly as needed.

The arrangement is working. Half of employers surveyed said using online hiring to outsource has helped them grow company’s revenues, size or scope of service. In fact, 17 percent of the employers surveyed have grown their businesses by 50 percent in the last year.

One of the most interesting findings of oDesk’s survey is that contractors who seek work through online hiring sources are increasingly seeing themselves not just as employees, but as entrepreneurs. In fact, many are starting their own small businesses and using online employment channels not only to find clients, but to look for other contractors to help them get the work done. In fact, 35 percent of the contractors in the survey say their primary source of work is other contractors.

More than three-fourths (77 percent) of contractors think of the online work as their own businesses. And those businesses are growing:  66 percent of online contractors expect to make more money overall this year than in 2010, and 57 percent say they are charging a higher hourly rate than they did last year.