President Obama and Congressional leaders averted default and agreed on a budget deal that aims to cut $2.5 trillion in federal spending over the next 10 years.  The plan also allows an increase in the government’s borrowing limit.  As part of the compromise, a new 12-member Congressional committee will make a deficit-reduction proposal by Thanksgiving.  However, cuts in spending will be larger than the amount of the debt limit increase.

The President says that the agreement “will begin to lift the cloud of debt and the cloud of uncertainty that hangs over our economy.” 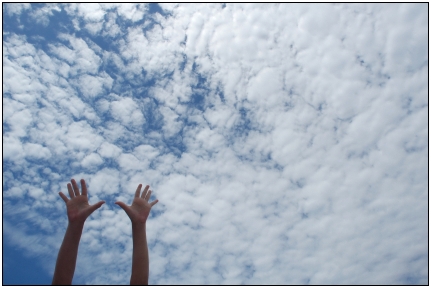 If only it were that simple.

Disagreements over spending and taxes will remain a topic of debate in the Washington through the 2012 election.  The Pentagon budget (a favorite of Republicans) and cuts to health-care providers accepting Medicare (a top program important for Democrats) could sustain the largest cuts under the budget deal.

Reacting to the news, financial markets across the globe opened higher.

How does this deal impact small business?

Raising the debt ceiling likely means slow economic growth through 2012 and especially during the next three months.  The uncertainty in the economy has shaken confidence and reduced consumer spending.  When consumers don’t spend, it hurts small businesses hardest.  Smaller companies can expect lower margins and reduced profits overall.  When this happens, job creation stalls, which further reduces spending, and the downward spiral continues.

Instituting deep cuts in federal spending is an important step toward reducing U.S. debt in the long term. But some sectors will be hurt immediately.  Spending cuts will affect the small businesses that depend on government contracts to run their businesses and the ones that serve and supply the areas near military bases.  The increased emphasis on raising more government revenue will lead to higher taxes for small businesses, as well as a repeal of the waiver on payroll taxes.  Small business owners  can also expect higher health-care costs.

The real dangers: Spending cuts across the federal and state governments will further slow down the economy and will lead to increased number of layoffs over the short term.  The result?  The U.S. may again slip into recession. If we look at the U.K. experience, where the government has instituted sharp spending cuts, the economy will hurt over the next two years, thus making it harder for small businesses to grow.

The only positive thing to come out of this deal is that hopefully the uncertainty will be lifted now.  The problem is that no one is addressing the challenge of growth, and that is the most important thing for businesses large and small.  Investing in technological innovation and making the U.S. a more welcoming place for highly skilled immigrants – the ones whose creativity and entrepreneurial spirit create companies and jobs – is a good place to start.  Supporting companies that look to export is another.  We are focusing too much on repaying old debt and not enough on investing in the future.

Rohit Arora, CEO and Co-founder of Biz2Credit, is one of the country's leading experts in small business finance. Since its founding in 2007, Biz2Credit has arranged $800M in small business loans and has helped thousands of entrepreneurs. Rohit was named Crain's NY Business "Entrepreneur of the Year 2011."
5 Reactions
Subscribe
Follow @smallbiztrends
RSS LinkedIn Pinterest iTunes