How to Join the Influencer Club

Be Remarkable
If you want to be remarkable, you have to do something remarkable. Look at all the influencers in your industry and you’ll see the same thing. These are people or businesses that have done something that makes a difference, or gets attention, or really makes a mark. You simply cannot become an influencer without doing something remarkable. Other influencers know what it took to get to their position, and they are looking for new members of the club who understand that they need to do the same thing. Unfortunately, doing something remarkable requires effort and a lot of hard work. If you can’t do that, you’re out before you were even considered. Get to work. 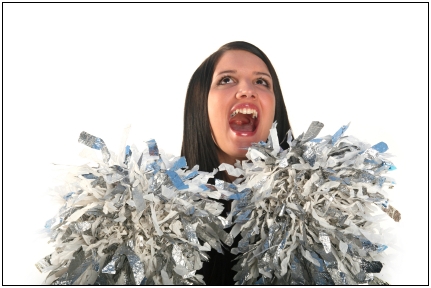 Be Consistently Remarkable
It’s not enough to be remarkable just once. Top influencers take it to the next level and do it over and over again, on multiple levels. Anyone can get lucky one time. Influencers know that and want to see you perform consistently. The point is, once you wow the world, be prepared to do it again.

Be Better
You know how you get respect from your peers? You become better than they are. Influencers aren’t going to let anyone into the club for just being good. They get pitched 1,000 times a day with “good” concepts. They want exceptional, not “good.” They want people to wow them and who are potentially better than them.

Be Humble
If you walk into a room full of people and start talking about how you’re the greatest that ever lived, you’re probably not going to get much respect. You have to earn respect from influencers. The only way to do that is to come into it with a humble attitude. Tip: It’s always better to let your fans and customers who love you talk you up, instead of doing it yourself. If you’re doing something remarkable, that won’t be a problem. The top influencers in your niche will be watching and listening.

Be a Cheerleader
Nobody likes an ass-kisser, true. But if you want to get the attention of a top influencer in your space, you should spend a certain amount of time focusing on promoting that person’s projects and information. Comment on their blog consistently, and intelligently. Retweeet their tweets. Share them on Facebook, and Google + them. They’re paying attention, believe me.

Be Ready for the Spotlight
You’ve made it into the club! Congrats! Are you ready for it? You’re now one of the influencers in your niche. This means that you’ll now get contacted multiple times a day from people who want to “pick your brain,”  want you to mentor them, or want you to promote their idea. If you don’t come up with a kind way to help them, they’ll call you a jerk and blast you on social media.

It also means that you can now raise your consulting and speaking rates. You can garner a book deal just from your clout. You can launch a new product, or service and sell it easily without having to convince people to buy it. Get to work. The influencer club is ready for you. Are you ready for it?

Don’t forget to head on over to the Small Biz Trends Influencer awards and vote for your top influencers.