Politics aside, the end of Cololnel Qaddafi’s reign in Libya should be good news on the economic front. If oil production rises in post-Qaddafi Libya, oil prices will drop, resulting in lower gasoline and transportation costs for consumers and small business owners. World events don’t always translate so easily into genuine impact for small businesses, but in this case, the end result will likely be positive.

Meanwhile, President Obama is working on a new economic plan. The President has said that a strong economic recovery has to begin with small businesses. Since small businesses (companies with fewer than 100 employees and less than $5 million in annual revenues) are the engine of job creation in the economy, Obama’s reelection prospects in large part depend on how well he stimulates small business growth. 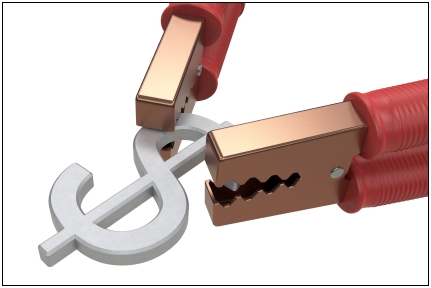 While on Martha’s Vineyard, the President and his economic team were examining options to stimulate the economy, and this week announced some efforts to streamline government regulations designed to create a more “business friendly” atmosphere.

Wisely, the Administration seeks to eliminate misspent tax dollars in every agency of the Federal government. It is refreshing to see Washington behave in the same manner that small business owners do. The stated goal of saving businesses $10 billion over the next five years by reducing waste and simplifying procedures is a good one.

The President has called for an unprecedented government-wide review of regulations already on the books. As a result, more than two dozen agencies identified initiatives to reduce regulatory burdens and save money, and the White House says that these plans reflect feedback it has received from industries, small businesses and individuals from around the country.

For instance, the Department of Labor is finalizing a rule to simplify and to improve hazard warnings for workers, likely saving employers more than $2.5 billion over the next five years without compromising safety. The Defense Department’s 60,000 contractors will soon get paid faster as the agency will implement a system, formerly used only for disadvantaged businesses, that will speed up payments to all small businesses.

Additionally, the Small Business Administration (SBA) is looking to create a single application that will enable small businesses to apply for several loan programs. As co-founder of a company that identified the benefits of streamlining and then automated the loan application process for small business owners more than four years ago, I applaud this measure. It is something that should have happened a while ago.

In a move that should make everyone happy, the IRS will cut 55 million hours in annual paperwork burdens by consolidating reporting requirements and streamlining various tax forms by the end of this year. Additionally, it is widely reported that the President is seeking to extend the payroll tax cut, which is good news for small business owners as they struggle to control costs in this tough economic environment.