S&P downgrading the U.S. credit rating from AAA to AA+ is the first time since the credit rating business started that America’s credit rating has been downgraded. Since Washington reached a debt ceiling agreement and jobs numbers came in at a relatively healthy 117,000, this downgrade was unexpected to a certain extent.  However, the major issue is that the debt ceiling deal is very ambiguous in nature. The spending limits have been raised by $2.3 trillion by 2013, while cuts of $2.1 trillion are spread over 10 years.

What does all this mean for small business owners already concerned by slow or no growth in the economy? 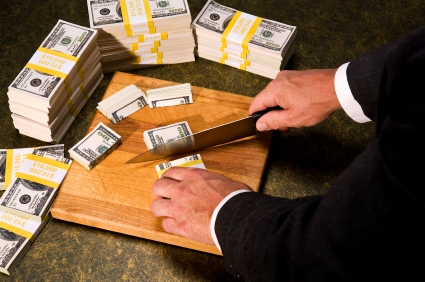 They key effects of the credit downgrade for small businesses are:

1. The U.S. government’s leverage to pump up the economy has gone down even further.

That means that cuts in federal spending along with increases in taxation are going to come a lot sooner.  This will lead to even more weakening of the growth in the U.S. economy in the short to medium term, and increasing business and personal tax rates for small business owners will not help.  Cuts in government spending will affect innovation even more in the short to medium term and will cause a slowdown in innovation in the economy.  Small business has led the U.S. out of every recession after the Great Depression until now. Coupled with increased globalization, job growth and overall demand in the economy will be anemic and will lead to stagnation in the economy.

2. Interest rates will go up in near future as the cost of borrowing money in the U.S. will rise.

Lack of credit access coupled with higher interest rates will raise the cost of capital for small businesses, both further hurting their bottom line and slowing job growth even more. The dollar will fall, thereby raising the costs of imports, including gasoline. Coupled with weak real estate prices, this means small businesses should be braced for tough times.

However, everything is not gloom and doom, as a weaker dollar and lower costs can make small businesses more competitive.  Small businesses, when run efficiently, can become big export engines, as Germany has shown.  The key issue is whether  small businesses will get enough incentives and support, including seller financing from U.S. Exim Bank, to boost exports.

Also, small businesses will need to make cash flow more efficient, become more cost conscious, and learn to operate in an economic environment that will see very low growth over the next three to five years.

The S&P credit downgrade should be a wakeup call for U.S. policymakers and business owners.  It may indeed act as the best stimulant for the economy overall.  Otherwise, America is set on a path of declining power, much like the U.K. in the post-World-War-II era.

Rohit Arora, CEO and Co-founder of Biz2Credit, is one of the country's leading experts in small business finance. Since its founding in 2007, Biz2Credit has arranged $800M in small business loans and has helped thousands of entrepreneurs. Rohit was named Crain's NY Business "Entrepreneur of the Year 2011."
7 Reactions
Subscribe
Follow @smallbiztrends
RSS LinkedIn Pinterest iTunes