It just got a little tougher to predict the psyche of the current crop of would-be franchise owners, now that Standard & Poor’s has lowered its long-term sovereign credit rating on the United States of America from AAA to AA+.

In addition to lowering the U.S. credit rating, Standard & Poor’s stated, “We have changed our view of the difficulties in bridging the gulf between the political parties over fiscal policy.” Sounds like all the bickering that took place in Washington contributed to the downgrade, and there’s probably more of that to come. 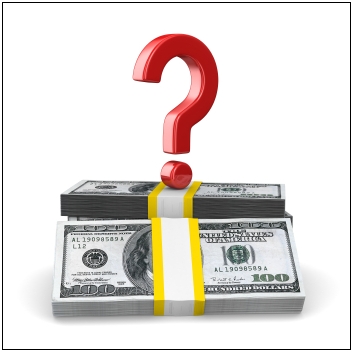 Predicting the effects of an economic downturn on new franchise sales used to be a lot easier. If the downturn involved lots of unemployment, especially in middle management and executive areas, franchise interest increased. In addition, there was lots of interest (no pun intended) from lenders; they wanted to loan money to qualified franchise candidates.

Obviously, things are quite different this time around because of the small business lending situation, especially with startups. Although there’s been a little light at the end of the tunnel, lenders still aren’t that anxious to approve franchise startup loans, and that’s impacted new franchise sales. But franchisors aren’t giving up; some of them have taken matters into their own hands, and are intimately involved in the loan process from day one.

One such franchisor is Shelley Sun, one of most dynamic franchise professionals I’ve ever met. Shelley is CEO of Brightstar Franchising  LLC, a Chicago-based senior services franchise. According to a recent article in the Wall Street Journal, fewer than 10 percent of BrightStar’s 177 franchisees were able to secure loans. This prompted Shelley to hire a financing specialist to assist franchisees with the loan process, and it’s worked; 75 percent of her franchisees are getting their small business loans approved. Other franchisors are starting to follow her lead, so if you know someone who’s been downsized who specializes in small business loans, there could be some opportunities for them in the franchise industry.

Franchisors are a pretty entrepreneurial bunch; I’m confident that they’ll continue to come up with innovative ways to sell new franchises, as long as there’s a captive audience. But it’s the “captive audience” part that concerns me.

The uncertainty that’s been created by Standard & Poor’s downgrade could make it a lot more difficult for the current crop of franchise candidates to pull the trigger and become franchise owners. They may actually decide to skip franchise business ownership altogether, and make the fear-based decision of jumping back into the job market.

In a scenario like that, not only will franchisors lose new franchise sales, but the franchise candidates who decided to re-enter the job market could find themselves in an incredibly competitive arena with people who have been out of work for months….even years.

Here are some suggestions for those interested in exploring franchise ownership options in uncertain times:

1. Put together a detailed net worth statement. You need to know exactly where you stand financially before you start looking at any franchises.

2. Involve your spouse, significant other or anyone else that will be affected by your decision to become a business owner; their insights will prove to be valuable.

3. Align your top skills with franchise opportunities that will allow you to use them for maximum benefit. For example, don’t invest in a franchise that requires the owner to make cold calls all day, fivve days a week, in order to get customers, if you’ve never been in sales.

4. Go slow. Explore the franchises you’re interested in at a slow but steady pace.

5. Become an expert at fact-gathering. Ignore anything you hear during your research that’s hearsay.

6. Engage the services of a competent franchise attorney when you get close to decision time; don’t hire a general practitioner

7. Try to work with an SBA Preferred Lender located in your community. They can help streamline the loan process

8. Be prepared. Investing in a startup franchise business is a long-term play; you’ll need to forego a paycheck for awhile, so make sure you’re in a position to do that. One more thing: In volatile times like these, you’ll want to make sure that you have some extra working capital available to weather any more economic storms, so make sure  you figure that into your business plan.

9. Find a mentor. Focus on finding a very successful franchisee who is willing to be one phone call (or one email) away during your first few months as a franchise owner. You’ll save yourself a lot of aggravation. This should be in addition to any support that you’ll be receiving from your franchisor.

10.  Go back. If you decide to move forward, one way to work through the nervousness  you’re going to be feeling is by going back to the moment you made the decision to become a business owner, and try to re-live that moment. Something compelled you to do what you’re about to do. Is that “something” still there? If it is, you know what to do. If it isn’t, it may be time to move on to something else.

Even in volatile times, becoming a franchise owner is a viable option for those seeking change. If you’re thinking of exploring your options, doing so carefully and methodically will go a long way.

Joel Libava is the Franchise Expert for Small Business Trends. Joel, The Franchise King®, equips today’s prospective franchise owners with time-tested, proven techniques designed to increase odds of success. He does this through one-on-one coaching, and gobs of useful content that can be found on places like Small Business Trends, SBA.Gov, and his award-winning franchise blog, The Franchise King Blog . He’s been featured in Entrepreneur® magazine, and is frequently called upon by national media outlets and publications for his no-spin insights into the world of franchising.
One Reaction
Subscribe
Follow @smallbiztrends
RSS LinkedIn Pinterest iTunes