Count Them: 5 Tax Benefits of The American Jobs Act

In a speech to the joint session of Congress on September 8, President Obama laid out his plan to spark the economy and put Americans to work with the American Jobs Act. This jobs bill contains several tax initiatives and incentives to promote investment, and hiring in particular. The President also wants to send billions to help states keep teachers, emergency workers and others employed and fund approximately $50 billion in infrastructure projects. 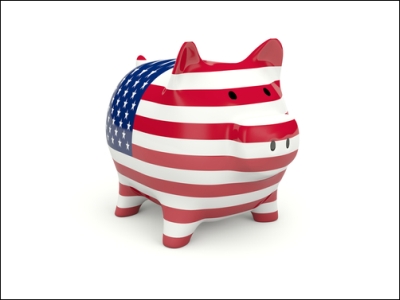 The plan is targeted more at small businesses than at large corporations – which may reflect the administration’s thinking that big companies have bounced back from the financial crisis more successfully than smaller businesses have.

These initiatives require Congressional approval. And while the President is making his case throughout the country with enthusiastic rallies and “Pass this Bill!” chants, even the savviest political pundit can’t predict how exactly this will play out.

If you’re a small business owner, the impact of the American Jobs Act may be significant. Here’s an outline of some of the initiatives you should be tracking over the coming months:

In a U.S. News & World Report article, Todd McCracken, president and CEO of the National Small Business Association, was quoted as saying: “The impact of payroll tax cuts is fairly substantial. It gives [businesses] the cash flow that they need to think about expanding. If they’re thinking about hiring, it’s going to make it more affordable for them in the near term.”

2. Payroll tax holiday: The plan would eliminate the entire 6.2 percent payroll tax on any increase in payroll (for added workers or increased wages) up to $50 million above the prior year.

3. Extend 100 percent expensing into 2012: Companies can fully depreciate certain purchases in the first year (instead of having to amortize these purchases over as long as 20 years). The goal here is to encourage new investment.

4. Tax credits for hiring the long-term unemployed: The plan proposes a $4,000 tax credit for any business that hires an individual who has been unemployed for at least 6 months. And considering that a recent review of job vacancy postings on sites like Monster.com by the New York Times revealed that employers have a strong preference for people who are still employed or just recently laid off, the long-term unemployed need all the help they can get.

5. “Returning Heroes” tax credit for hiring veterans: If a company hires a veteran, the tax credit increases to as much as $5,600, and reaches $9,600 if the veteran became disabled in the course of serving. Unemployment rates among veterans are truly shocking (13.3 percent), so most would agree with the idea of encouraging the private sector to hire or train our veterans.

Of course, since the initial framework of the plan was first revealed, many in the small business community have expressed their disappointment that the plan doesn’t address one of the biggest challenges facing small business success and growth: the difficulty startups and small businesses face in securing credit from banks.

And here’s where one of the more compelling initiatives from the Administration comes in. The White House plans to ask the SEC “to reduce the regulatory burdens on small business capital formation in ways that are consistent with investor protection, including expanding ‘crowdfunding’ opportunities and increasing mini-offerings.”

I know that many are skeptical of Washington’s ability to help the private sector. But the potential to get money flowing to startups and Main Street businesses could be a game changer. Small businesses should closely monitor the progress of the above proposals over the course of the next few months.

Nellie Akalp is a passionate entrepreneur, business expert, professional speaker, author, and mother of four. She is the Founder and CEO of CorpNet.com, a trusted resource and service provider for business incorporation, LLC filings, and corporate compliance services in all 50 states.
8 Reactions
Subscribe
Follow @smallbiztrends
RSS LinkedIn Pinterest iTunes