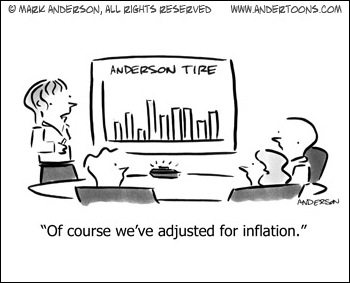 I try to avoid puns in cartoons. Generally, even though they’re usually popular, I think they’re a lazy path to a joke.

That being said, sometimes even I am not immune to their not-so-subtle charms. So beguiling. So simple. So hard to resist!

I attempted to lessen the effect in this cartoon by putting part of the pun equation into the art, but still, this is kind of a groaner.

What can I say? I was weak!