The dramatic challenges facing the U.S. economy have had an equally dramatic impact on the market of businesses for sale over the past few years.

Despite the steady growth of the number of businesses sold over the last few quarters, the number sold each quarter is still down roughly 40 percent from its peak in mid-2008. Put simply, our economy is no longer able to transition mature businesses to new ownership at a healthy pace. 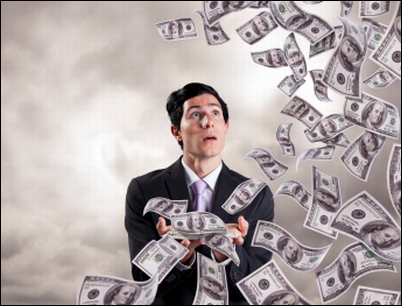 This should be sobering news to anybody who hopes for a return to the good old days of sustained economic growth. Unfortunately, however, policymakers don’t seem to have a grasp of the fundamental economic drivers that are causing the stall. More importantly, they appear to have underestimated the negative consequences of a stagnating small business succession engine in the United States and around the globe.

Economic circumstances have diminished the number of businesses for sale:

The economic turbulence over the past several years has discouraged small business owners from selling. For starters, the economy has turned many profitable companies into unprofitable companies, which usually makes selling the company a nonstarter. Others have managed to stay in the black, but with significantly diminished profits. These owners are hesitant to sell until the economy is doing better, their profitability is up, and there is a recovery in business valuations.

Even those companies that have managed to survive the down economy with profit levels intact are less likely to sell in the current economic environment.  With sales lagging and the additional burdens caused by the broader economy, there isn’t time for owners to think about preparing for a sale and finding a buyer.

During previous recessions, community banks, the SBA and other lenders  helped to aid in economic recovery by providing the capital necessary to spur entrepreneurship.  In the past, they provided small business loans to allow aspiring business buyers and entrepreneurs to pursue their dreams. However, since the recession began in 2008, banks’ appetite to fund business acquisition loans has significantly decreased. Banks are much more careful and particular about whom they will lend money to.

Based on feedback from business brokers, business acquisition loans are very difficult to find. The federal government has passed programs, most notably the Small Business Jobs Act of October 2010, that provide capital to local banks to promote small business lending. However, most in the small business market will tell you that this money isn’t reaching business buyers.  Other capital options are equally depleted due to the decline in the stock market and the economy in general.

Notably, buyers don’t have the access to additional funding that they might have had several years ago from their personal savings, 401(k) or IRA funds, or family and friends.  As a result, buyers have neither the funding nor the confidence in the current market to move aggressively toward buying a small business.

With supply down and demand flat, it should come as no surprise to anyone that fewer businesses are being sold these days. In essence, the market has been paralyzed by a lack of available capital and by fear. Sellers are afraid to sell, and buyers are afraid to buy.

What Are the Consequences of a Stalled Business Succession Market?

What does a stalled business succession market mean for the average citizen?  Imagine a world in which existing businesses were never sold to new owners. In this hypothetical scenario, current business owners would never retire. As a result, they’d never get hold of a large sum of money, derived from a business exit, that they could then spend and reinvest in the economy.

Businesses would be run without the fresh investment capital, new ideas and new energy that are usually infused by a new buyer. Unable to sell, the only option for business owners would be to shut down their businesses and cast away their former employees into the growing unemployment lines. Economic output would plummet, and unemployment would skyrocket.

It’s an extreme scenario, but we move closer to this nightmare with each and every passing day. If nothing is done to increase the availability of capital and to diminish fear so would-be buyers can become business owners, then the prognosis for economic recovery is dim indeed.

What Must Be Done?

When it comes to economic policy, no silver bullet can turn an economy around on its own.  However, smart economic policies in the small business sector can create an environment that fosters and accelerates economic recovery.

The most significant opportunity is to increase the availability of business acquisition capital.  In order to get the business-for-sale market moving again, there needs to be more capital in the form of business acquisition loans for aspiring buyers. Give the high number of unemployed potential business buyers access to capital and they will buy businesses. With an increase in buying interest, business owners will be more able to sell and to retire with cash in hand, pumping more money into the economy.

In the meantime, new business owners will leave the unemployment lines and invest in their newly acquired companies to fuel growth. Typically, this means investment in new hires, which again will lower unemployment rates.

As demand grows, fueled by increased capital availability, business valuations will rise, and sellers will come back into the market. With luck, we can transform the current economic quagmire into a virtuous cycle of economic growth. If we can get the stalled engine of business transition started again, we will all be better off.