How I Sold a Million Books on Amazon in 5 Months 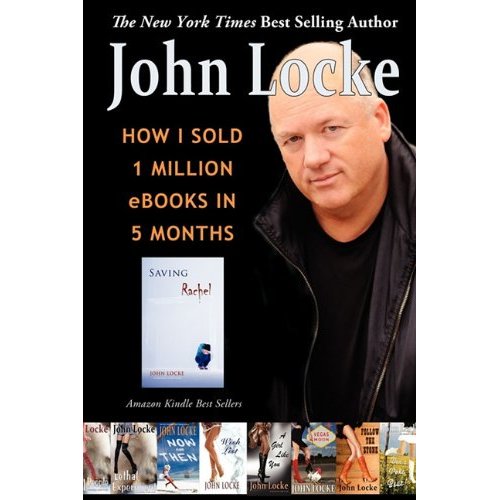 OK, so now I’m going to tell you my dirty little secret.

Since March of 2011, I’ve been secretly downloading and reading $.99 Kindle Singles by John Locke.  There, I’ve said it.  I’m a Donovan Creed junkie.

I had only told a few close friends about this little reading problem because I just didn’t see how a busy, professional, mature woman who normally devours business and marketing books could get caught up in a cheesy spy-like novella featuring the adventures of a handsome, likable CIA assassin.

As it turns out, I had been targeted.  Yes, this was all the result of a well-thought-out marketing plan and a turned-around mind-set that propelled an unknown businessperson turned writer into the first self-published author to have sold 1 million books on Amazon.

You see, when I ran out of Donovan Creed novels to download and wasn’t really into the cowboy-themed series Locke has out now, I downloaded the only other book that was available by John Locke – How I Sold a Million Books on Amazon in 5 Months.

5 Reasons why How I Sold Is a “Download Now” Book

If I tell you any more, I’d have to get Donovan Creed to kill you.  But what a way to go.

Here’s the really cool thing about John Locke (@DonovanCreed) – he’s really an entrepreneur turned writer and author.  Locke had already made his fortune starting and selling a couple of businesses when he decided to start writing.

Locke did all the traditional things writers do.  But then he decided to self-publish.  And when he did, he came upon an insidious obstacle put up by traditional publishers to make self-published authors feel somehow “less than” or inferior because they didn’t choose to participate in the publishing machine.

But if Bill Gates and Paul Allen invest their own money to write a book, they’re no longer businessmen, they’re vain and any company that charges them money to publish their book is catering to their vanity!  How absurd is that?”

And with that, you get the mind-altering, business-altering epiphany John Locke had that turned the switch on the sales of his existing books on Amazon and influenced every other book he wrote and published.

In case you missed the message, John Locke is a serial entrepreneur who loves to write.  He also loves to earn a profit from his writing.  He sees writing as a business and the selling of books as a marketing effort.  And this is what he shares in this book.

Who Is How I Sold a Million for?

Glad you asked.  John Locke wrote How I Sold a Million for the 700,000 self-published authors and the other thousands of wanna-be authors out there.  He’s very clear about that.   So if you’ve written books or plan on writing a self-published or ebook, you should have downloaded this yesterday.  It’s available in hard copy too, but I think it’s currently sold out.

Anyone who wants to build a loyal community for their company or product should read this book.  Whether you want to selld a book or a cupcake, the principles Locke talks about hold true.

And so there, I’ve shared my secret with you. Now you know about John Locke, and if you read this book maybe you’ll become an OOU, too. (You’ll have to read the book to find out what that means).