What Will It Take to Get You to Start Hiring Again?

Sure there’s lot of political talk about job creation, but let’s ignore what the politicians have to say. Instead, I want to look at what it would really take for small businesses, long touted as the “engine of job growth,” to start hiring again.

Actually small businesses do want to hire. In fact, 40.7 percent of those surveyed in an ongoing study of privately owned businesses conducted by the Pepperdine Private Capital Markets Project and Dun & Bradstreet Credibility Corp are planning to do so in the next six months, compared to 38.1% who have no plans to hire and 21.2% who are uncertain.

But access to capital is a huge stumbling block for the companies in the survey, all of which had annual sales under $5 million. Asked what policies were most likely to encourage them to hire in 2012, “increased access to capital” was cited by (34.8 percent), with tax incentives ranking second (23.2 percent) and regulatory reform third (18.3 percent). 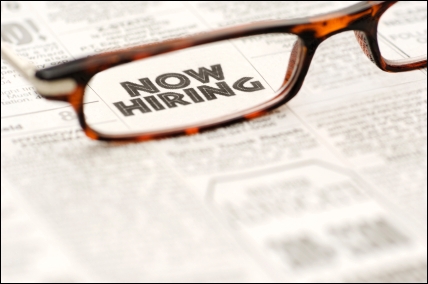 Where would small businesses like to get capital? Bank loans were the preferred financing source for the majority (70.7 percent). Angel capital, the second most desirable funding option on the list, fell far short, cited by just 35.7 percent of survey respondents. Private equity (28.1 percent) and venture capital (27.2 percent) were close behind.

However, of those small businesses that had actually approached banks for loans in the past 12 months, only 44.5% obtained a loan. Whether or not they were successful, the study showed that the average business owner contacted 2.2 banks and spent 16 to 24 hours of time on the loan process.

In announcing the results, John Paglia, lead researcher of the Pepperdine Private Capital Markets Project and associate professor of finance at Pepperdine University’s Graziadio School of Business and Management, suggests that small businesses may be losing their incentive to pursue bank loans.

“Many businesses are now questioning whether contacting banks for credit is worth the time invested. Taking 16-24 hours away from ‘minding the store’ to pursue a loan can be extremely detrimental to any small business, especially when the odds are not in their favor,” Paglia says.

Personally, I realize that 16 to 24 hours is a substantial time investment, but if the result could potentially be a capital infusion that saves your business or helps it grow exponentially, I’d consider that a small price to pay. I’d also note that getting capital from VCs, private investors or angels is likely to take substantially longer than 16 to 24 hours.

But I also see Paglia’s point. Small businesses are losing faith. They doubt going through the normal channels will get them anywhere. And if small businesses can’t count on finding capital, they won’t have the confidence (or money) to hire.

Any entrepreneur who had to lay off staff in the Great Recession most certainly doesn’t want to do it again.  As business owners, letting go of a team member hurts, so hiring isn’t a decision we make lightly.