What Can LinkedIn Do For You?

When we kissed the 1990s goodbye, none of today’s major social networks existed. LinkedIn was the first to launch, but that wasn’t until 2003, followed by Facebook (founded in 2004), YouTube (founded in 2005) and Twitter (launched in 2006). In a lot of ways these social networks are still “babies.” Their “parents” are working to grow them up in order to see the full potential of what they will become and what they can do for the “family.”

As for us, the small business owner, we often have at least one ear in the game trying to see where we should spend our marketing energy. Well, LinkedIn may be the spot. LinkedIn states that it “operates the world’s largest professional network on the Internet with more than 120 million members in over 200 countries and territories.”  According to comScore, LinkedIn is now the #2 social networking site online. That same comScore study from June of this year shows LinkedIn has had a 63 percent increase in unique visitors (while MySpace continues to drop—experiencing a 50 percent decrease during the same one-year timeframe). 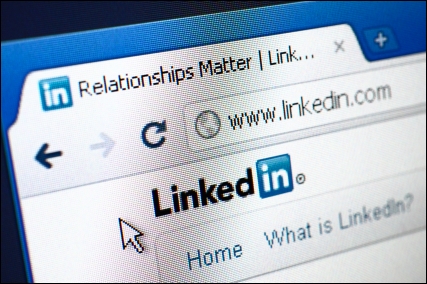 So, what does that mean for you?

You probably need to be on LinkedIn (if you’re not already). But before you dive in, here are a few resources to help you get familiar with and maximize this social network opportunity.

How and Why To Use LinkedIn.com

This is a novice-friendly, 8-minute, SmallBizTrends video produced by Jim Kukral. If LinkedIn is completely new to you or you just want a quick refresher/reminder of some things you should be doing on the site including participating in LinkedIn Answers, then this might be the video for you.

I have struggled to learn how to use some social network sites because I didn’t read the “instruction manual.”  And I didn’t read the instructions because they were nonexistent or they were wordy and boring-looking. Not so with LinkedIn’s current User Guides and other information about how to maximize the site. The Small Business User Guide is a series of short videos; the New User Starter Guide takes less than 3 minutes to read.

Elements of a Good LinkedIn Recommendation

If you need people to give you a recommendation on LinkedIn but you’re not quite sure about how to do it, Chris Brogan has some tips on what to say and how to ask.

Check out the tools I’ve mentioned here, and you’ll have a greater sense of what LinkedIn can do for you and how to start using it.

Jamillah Warner (Ms.J), a poet with a passion for business, is a Georgia-based writer and speaker and the Marketing Coordinator at Nobuko Solutions. She also provides marketing and communication quick tips in her getCLEAR! MicroNewsletter.
11 Reactions
Subscribe
Follow @smallbiztrends
RSS LinkedIn Pinterest iTunes