Something Is Brewing in Small Business: Starbucks

Maybe Starbucks can give entrepreneurs more than just a daily jolt of caffeine… perhaps the coffee company can help kick-start small business lending. While the government’s much touted Small Business Lending Fund is widely viewed as a dud, Starbucks has begun its own small business financing initiative by teaming up with Philadelphia-based nonprofit Opportunity Finance Network (OFN) and starting a program called Create Jobs for USA. The coffee giant will pool donations from its customers, employees and concerned citizens into a nationwide fund for community business lending. 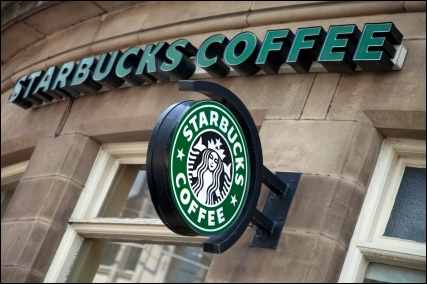 Calling small businesses “the backbone of America,” Starbucks chairman Howard Schultz said, “We’ve got to thaw the channels of credit so that community businesses can start hiring again. Create Jobs for USA empowers Americans to help other Americans create and sustain jobs.”

This bold move by Starbucks highlights a number of key points:

1) Small business development ranks high on the minds of Americans

Starbucks is more than just a coffee retailer; it is a harbinger of consumer tastes. The fact that the company has initiated such an effort is a sign of its importance. Highlighting the plight of small businesses and the importance of job creation is not just the “flavor of the month,” it is a real issue. Starbucks has made a brilliant public relations move in standing out from the crowd and identifying job creation as a worthy cause during a month when so many companies elbow each other to support breast cancer awareness. Fighting breast cancer is important, and there seems to be no shortage of companies willing to help battle the disease. Perhaps Starbucks will be a catalyst for other companies to help develop economic empowerment and entrepreneurship.

Recently, several new companies — including Biz2Credit, Dell, Dun & Bradstreet, and others — joined the StartUp America Partnership, an alliance of major corporations, funders, service providers, mentors and advisors working to dramatically increase the prevalence and success of high-growth enterprises in the U.S. Companies are increasingly seeing the value of helping to create the next generation of great American companies. Every corporate giant started as a small company at some point.

The Treasury’s much ballyhooed Small Business Lending Fund (SBLF), has disbursed just $4 billion of the $30 billion available to help banks jumpstart lending to small companies. Meanwhile, entrepreneurs still face challenges getting credit and have difficulty growing their businesses. No business growth means no job growth. That is bad news for the economy as the politicians struggle to find a solution to high unemployment rates.

Typically, one of the reasons cited for the failure of the SBLF is that the regulations were so stringent and the paperwork so odious that many banks did not participate in the program. Only about 13% of eligible banks (institutions with less than $10 billion in assets) bothered to apply for the fund.

Some economists believe that demand for small business loans is weak because small business owners are nervous about the economy. This is only partially true. Additionally, big banks have been reluctant to lend to small companies because they have instituted tougher lending criteria and thus claimed that there is a lack of creditworthy borrowers.

Starting on November 1, 2011, Create Jobs for USA will accept donations online and at over 6,500 company-operated Starbucks stores in the U.S. The company says that 100% of donations will go to the Opportunity Finance Network, which is comprised of 180 Community Development Financial Institutions (CDFIs) set up to provide financing to businesses in underserved markets where accessing credit through traditional lending institutions is challenging. Contributions will help fund loans to small businesses, nonprofit organizations, commercial real estate, and affordable housing all across the country.

Donors who contribute $5 or more will receive a red, white, and blue wristband with the message “Indivisible.” While the wristband phenomenon is a bit overdone at this point in time, the initiative is a worthy effort. America needs innovative and entrepreneurial solutions to jumpstart small business and turn the economy around. This jolt from Starbucks demonstrates insightful corporate leadership that others should consider following.