Change is a constant in business today. What worked last month may need a tweak this month. Even though there are core elements to business that remain, change is constant. For example, we have to market our company, service or message to acquire more business–that’s a core element.  But some of the things we do in order to market our business are things we didn’t do five years ago. And I’m curious to see what will join the mix in the next five years … because things change. 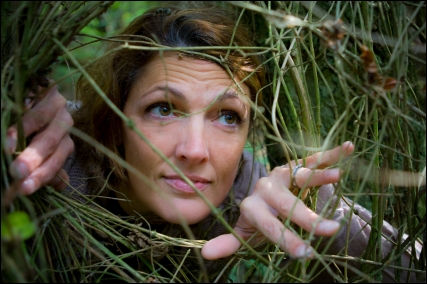 In “When Big Companies Go Back to School, Will Small Businesses Benefit?” Anita Campbell says:

“Despite widespread unemployment, U.S. companies seeking to hire are complaining of a shortage of qualified workers.”

As the Baby Boomers continue to retire, industry finds there are not enough trained and tenured Generation X and Y (yet) to take their place in certain fields.  To address the issue, some corporations are proactive as they encourage “schools and colleges to provide job training for the next generation of employees” Anita says in reference to a Wall Street Journal report on the subject.

Replacing Baby Boomers is new territory because it’s not plug and play. The new generations don’t think the same, don’t stay on jobs as long and are often motivated by different goals and lifestyle choices.

Foreign is relative. Who is speaking? Where are they from? What is their culture? The ability to recognize and adapt to these distinctions can be new territory for some. In “How Understanding Foreign Cultures Can Help You Advance,” John Mariotti provides “a crash course in culture politics” including the differences from one company to the next.

Being CEO material isn’t enough to succeed in a new environment; you need to understand and respect the culture of the company.  John says:

“No matter how competent you are, no matter how experienced you are, until you understand the culture in which you are operating, living or simply participating, you are in many ways, a rank novice.”

Distinctions between businesses, languages, departments and histories change how we see and respond to things. Every time you encounter a culture difference it’s new territory. So before you clear the room by saying the wrong thing, listen and adjust. Learning to maximize these distinctions instead of aggravate them could be good for business.

Social media is here, and the tools to measure its impact are emerging and adapting. Ivana says:

“Reputation and influence rankings are here to stay regardless of what the measuring app or tool is called.”

Social media is a relatively new marketing medium with new measurement tools. It’s new territory.  The question is, How do you adapt to change, to new territory, to difference?

Pay attention to the people around you — how they engage, communicate and adjust — and make plans only after you understand what you’re dealing with. But be quick to listen because ignoring the distinctions and the changes can cost you opportunities, relationships and influences.

Jamillah Warner (Ms.J), a poet with a passion for business, is a Georgia-based writer and speaker and the Marketing Coordinator at Nobuko Solutions. She also provides marketing and communication quick tips in her getCLEAR! MicroNewsletter.
3 Reactions
Subscribe
Follow @smallbiztrends
RSS LinkedIn Pinterest iTunes