The SBA Reports Record Lending Volume, So Why Are SMBs Having A Hard Time Securing Loans?

The Wall Street Journal reported in a widely read article that a number of banks used Small Business Lending Fund disbursements not for lending to entrepreneurs, but rather to repay TARP loans. 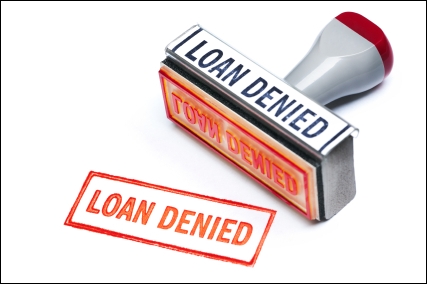 The story also includes findings that lending at local banks is up, but large banks are approving fewer loans than they have in years. Small banks approved 45.1 percent of loans for small companies in September. (In August, the figure was 43.8 percent and at the beginning of 2011 it was 43.5 percent.)

Additionally, the Small Business Administration (SBA) reported record loan approval volume in fiscal year 2011, spurred in part by the disbursement of money from the Small Business Lending Fund. Small business loans backed by the SBA reached the highest mark in the agency’s history: $30.5 billion (61,689 loans) to small businesses and startups. The FY 2011 figure surpasses the $28.5 billion mark established in FY 2007 before the recession and represents an increase from the $22.6 billion (60,771 loans) in FY 2010 and $17.9 billion (50,830 loans) in FY 2009.

The first quarter of 2011 was the most active single quarter ever ($12 billion) for SBA-backed loans — more than four times the dollar volume of Q1 2009 and more than double the volume of any quarter over the past four years. The catalysts were the loan enhancements provided under the Small Business Jobs Act, which allowed SBA to raise the guarantee on its 7(a) loans to 90 percent and waive fees on both of its popular 7(a) and 504 loans.

So if SBA lending has been so plentiful, why are there gaps in the marketplace and entrepreneurs who still desperately need access to capital?

1.) Big banks have tightened credit because they are more influenced by the weak global economy (while smaller banks think on a more local level and have increased their approval rates).

There are several lessons to be learned:

1.) The record volume of SBA loans illustrates a government program that is actually working. Although there are some issues, overall the agency is effective in getting funding into the hands of entrepreneurs.

2.) While it is always tempting for politicians to want to create new programs that they can call their own — President Obama’s so-called Infrastructure Bank, for example — we are better off encouraging and renewing initiatives that have proven to work, namely the fee waivers and the 90 percent loan guarantees.

3.) If you are a small business owner seeking capital, you are much more likely to receive funding from local or regional banks or alternative lenders such as credit unions, Community Development Financial Institutions (CDFIs) such as Seedco Financial, and nonprofit microlenders, such as ACCION.

As we approach 2012 and the upcoming presidential election, expect to hear a lot more about the topic of small business lending in the news. Just how important is small business to the U.S. economy?

According to the SBA Office of Advocacy’s Research and Statistics, firms with fewer than 500 employees: