One of the strengths of social media is its ability to connect you directly to your customers and provide an open dialogue for conversation, customer service and awareness. It allows you to build loyalty by giving your customers an inside view of your business and giving them something that not only excites them, but that they can also relate to.

Or at least that’s what happens when social media is used correctly. There are times when, if you’re not careful, social media can be used to actually hurt the exact customer loyalty you’re trying to build.

Below are five ways you may be using social media to do more harm than good. 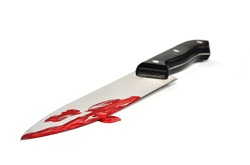 1. You don’t deliver on promises.

In your attempt to promote your social media profiles, you make certain promises to your customers. You promise that if they “like” your Facebook page, they’ll be treated to exclusive discounts and offers. You tell them if they follow you on Twitter, they’ll hear about upcoming events faster than the rest of their audience. You say if they engage with you, you’ll engage back. And that’s all great – until you fail to actually live up to that promise and ignore your social media accounts completely. Now you’ve let them down and they may not be so inclined to trust you.

Your customers expect you to deliver on the promises you make. That’s why they’re loyal to you – because they trust you’re telling them the truth. If you don’t live up to that trust, you may drive customers away without even realizing it.

2. You make them feel ignored.

If someone called your store with a question, left you a message, and you never called them back, you’d understand why they might get angry and never return. You’d probably recognize that ignoring them wasn’t the way to build customer loyalty or increase satisfaction. Well, the same thing happens when you ignore them in social media.

Over past couple of weeks we’ve heard that 71 percent of companies ignore complaint tweets directed at them on Twitter. AllFacebook reported that 95 percent of brands don’t respond to comments left on their Facebook Walls. Whether you intend to or not, this behavior is telling your customers that you’re not listening, you don’t care and in fact, you don’t even notice them. You can be pretty certain that will turn off a segment of your once-vocal and once-loyal customers.

Inconsistency is a really good way to turn people off and make them question whether or not they should trust you. Before I do business with a company, I want to know that they’re going to be around in a month, that they’ll make good on the promises they’ve made me, and that they finish what they start. If I contract you to redesign my backyard, I want to feel confident that you won’t leave me hanging three weeks later with a half-completed project.

What about your social media activity may make me question your consistency? How about a blog you started and then abandoned two weeks later? How about a Twitter account where you pop in and out every six months with a tweet talking about the weather or apologizing for your absence? These types of things make me wonder why you started, your commitment level and what made you stop. I don’t want to worry about those things. I may just go find another company so that I don’t have to.

4. You don’t respond well to criticism.

There aren’t many things that kill customer loyalty quite like watching a brand get defensive and attack its customers in full public view. Unfortunately, that happens a lot in social media. As business owners, we love our businesses. They’re our babies. So when someone stops by our blog to leave a nasty comment or posts as negative review on a site like Yelp, we react emotionally. We snap back and tell the customer why they’re wrong, why the situation they described couldn’t have happened or how we don’t care if they ever come back. Unfortunately, in doing so you not only ensure they never come back, but you also guarantee that no one who reads the exchange will, either.

If you don’t know how to accept feedback on the Internet, it’s time to learn.

Social media gives you the opportunity to show everyone just how passionate  about your business you are. We love people who are crazy about their product and just can’t get enough of their customers. It’s contagious, and it gets us excited, too. So when we run across people who don’t feel that way, we wonder why.

How might you be telling your audience you don’t care about them? By sending out too many irrelevant tweets, not responding to comments, having too many typos in your messaging or not righting a wrong in your community. We don’t want to be loyal to companies that don’t love what they do. If we have to question your commitment, we feel dumb for believing in you.

How are you using social media? Are you building customer loyalty or are you unintentionally driving people away?