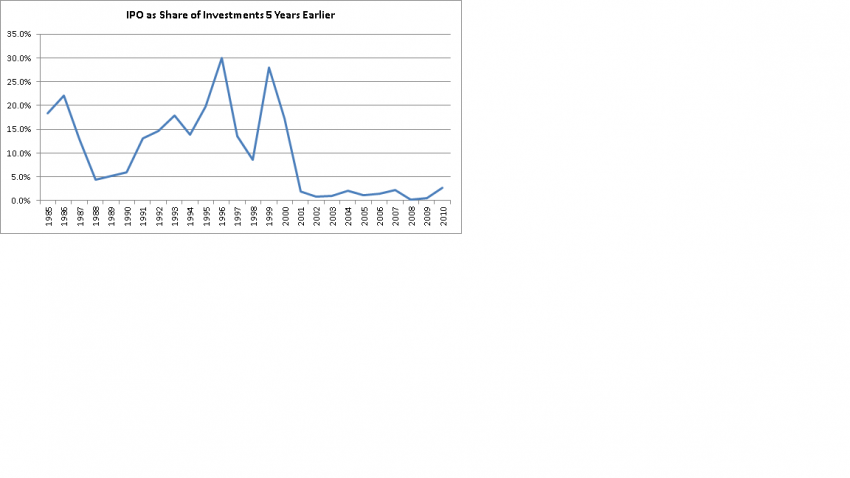 If there’s one statistic that typifies the problems that the venture capital industry has faced in recent years it is IPO yield – the number of initial public offerings divided by the number of companies financed five years earlier. This figure captures the industry average share of portfolio companies that exit in the most lucrative way for investors. 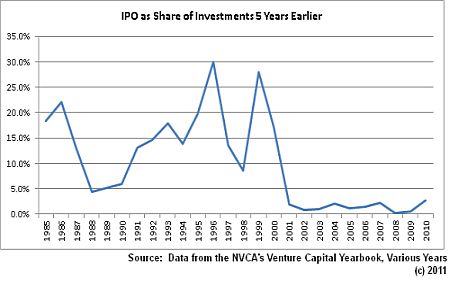 Since the end of the Internet bubble in 2001, the number of venture capital financed companies that have gone public has dropped substantially. At the same time, venture capitalists have been investing in more start-ups than they used to. As a result, the ratio of IPOs to start-ups funded five years earlier has plummeted.

Here’s the industry’s problem in a nutshell: if only one out of 71 of their portfolio companies goes public, venture capitalists are going to have a hard time making money.