How do women-owned businesses differ from companies owned by men? Not as much as they used to, according to a recent study from the SBA’s Office of Advocacy. “Business ownership no longer can be analyzed simply on the basis of the owner’s gender; businesses owned by women and men more and more share the same general development patterns,” write the authors of “Developments in Women-owned Business, 1997-2007.” 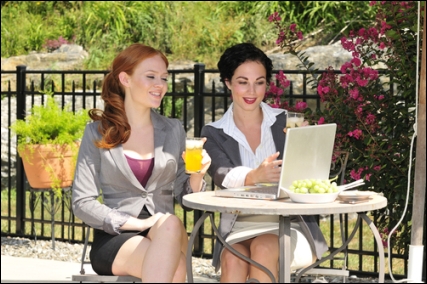 Between 1997 and 2007, the report found, women’s share of total U.S. firms increased from 26 percent to almost 29 percent; during the same time frame, men’s share dropped from 55 percent to 51 percent. As of 2007, the top four revenue-generating industries were identical for businesses owned by women, men, and by women and men together; they were construction, manufacturing, wholesale trade, and retail trade.

But there is still one area in which women-owned businesses differ from those owned by men: Women-owned firms were less likely to have employees. In 2007, more than 88 percent were non-employer firms.

Employment is on everyone’s minds right now, and a separate report from the Ewing Marion Kauffman Foundation, “Overcoming the Gender Gap: Women Entrepreneurs as Economic Drivers,” suggests that with the right kind of help, women-owned businesses could become drivers of employment and stimulate the economy.

The Kauffman report found some similar gaps between men- and women-owed companies. For starters, while startup companies, especially high-growth startups, are the biggest source of new U.S. jobs, only about 35 percent of startup business owners are women. In addition, their startups are less likely to grow than those owned by men: Just 36 percent of women-owned startups in the report had employees, compared to 44 percent of those owned by men.

Lesa Mitchell, Kauffman Foundation vice president and author of the report, says that while women are breaking through the glass ceiling, they seem to be encountering “glass walls” that keep their businesses from expanding. As a result, three years after startup, just 19.8 percent of women-owned businesses in the Kauffman report make over $100K annually, while 32.8 percent of men-owned companies do.

Of course, some women (and men) may prefer to keep their companies small. But for those who want to grow, what steps would help them? Mitchell says:

1.) Establishing support networks early in the startup process is one way to position your business for growth. Joining the board of a company in your industry is one way to do this.

2.) She also urges successful women entrepreneurs to become role models and mentors for younger ones.

3.) And she urges more networking and collaboration between startups and bigger, more successful firms.

Networking seems to be a common thread when it comes to helping women-owned businesses thrive. In Forbes’ latest list of the best cities for women in business, the cities that topped the list had several things in common: a supportive legal environment, government procurement goals for women- or minority-owned firms, resources like the SBA’s Women’s Business Centers, and the presence of women’s business organizations to provide networking and support.

Women are often called “naturals” at networking, and most women business owners I know are pretty good at it. But to power your business to the next phase, you need to take networking to the next level. Don’t just network within your comfort zone: Get out of it.

Depending on your business’s needs, that might mean hobnobbing with angel investors or even venture capitalists. It might mean getting comfortable at male-dominated industry events or conferences, or meeting key people at companies that are much bigger than yours. Whatever you’re hoping to achieve with your business, there is someone out there who can help you do it—but not if you don’t get out there and meet them.