By almost all accounts, the start of the 2011 holiday shopping season was strong for retailers, who reported a 7 percent increase in sales over Black Friday 2010. Encouraged by a vigorous campaign supported by American Express and unseasonably warm weather in the northeast, shoppers made the rounds in cities across the U.S. on November 26, 2011,   the second annual Small Business Saturday. 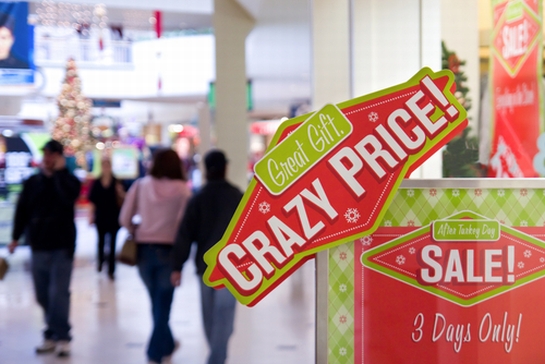 The initiative’s Facebook page generated more than 2.6 million likes, an increase from 1.2 million last year. American Express offered its card members a $25 credit for any $25 or more spent at qualifying small businesses nationwide.

Millions of consumers made it a point to shop locally in support of small, independently owned local businesses that create jobs, boost the economy and invigorate neighborhoods. The initiative was created in response to small business owners’ most pressing need: more demand for their products and services.

Many found it a welcome reprieve from the Midnight Madness that large retailers created by opening at 12:00 a.m. on the day after Thanksgiving.

President Obama, who has made small business growth a priority of his administration, led by example and shopped locally. The President and his daughters visited a bookstore in Washington D.C.’s Dupont Circle neighborhood and made their purchases on Small Business Saturday.

Retailers should be cautiously optimistic about the initial holiday rush. This year Thanksgiving fell on the 24th of November, which left a full 30 days of shopping before Christmas. Cyber Monday provides a third boost during the initial weekend of the 2011 holiday shopping season. The key will be whether the spending continues through December.

A strong fourth quarter could be exactly what the U.S. needs for a full-fledged recovery to occur. Increased consumer demand is what small businesses need to grow. Since they create the majority of new jobs in the economy, we have experienced what could be a positive start for the days, weeks and months ahead.