CRM Idol: Who Knew CRM Could Be Fun?

Jennifer Lopez and Ryan Seacrest aren’t the only judges who have discovered talent this year, in the American Idol reality TV show.  The Idol series has now come to software — to Customer Relationship Management (CRM) software, that is.

CRM companies recently vied for the title of  CRM Idol in the first ever CRM Idol: The Open Season 2011. The competition was designed to identify innovators in the CRM industry.

And who knew CRM could actually be fun?  Well at least one company knew.  Get Satisfaction, submitted an entry with a video showing a giant robot called JarGon (pictured below) — but we’ll come back to JarGon later. 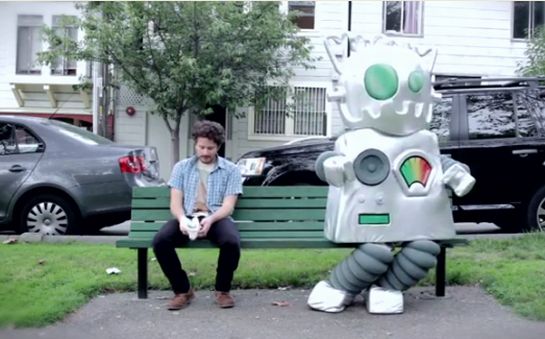 Paul Greenberg, founder of the CRM Idol competition and Managing Principal of  The 56 Group, LLC, wanted to give visibility to smaller CRM companies that might be innovative, but lesser known in the crowded CRM world:

“There are hundreds, even thousands of vendors out there who are doing CRM or things in that area. It isn’t easy to get visible. My idea was to give them that chance.”

With over 40 competitors from North America, and 20 from EMEA (Europe, Middle East and Africa) , narrowing it down to a handful of finalists and then selecting two winners, proved a challenge. Brent Leary of CRM Essentials, who served as a judge for the competition, explains what he and the other judges were looking for:

“We were looking for companies that had an application that was addressing new areas – or new/innovative approaches to existing areas – with respect to CRM-related processes.  In addition to having a solid technology, they had to be addressing a need in the market.  They also had to have a solid game plan for potentially becoming a market leader in their space sometime in the not too distant future.”

Leary says that while the companies were across the board  in terms of application categories, number of years in business, industry focus and business models, there were some common themes.  The majority of CRM apps that were more than 5 years old were using Microsoft technologies for their tech foundations.  The newer companies were using Ruby-on-Rails, Amazon Web Services and other cloud-based platforms.

A Look at the Winners

Get Satisfaction and BPMOnline CRM were the winners of the CRM Idol competition this year.

Get Satisfaction, an online community platform used by brands like Mint and Amazon, featured its anti-hero character, JarGon, in its winning video. According to its website,

“JarGon is the customer service robot. He has no heart and isn’t capable of love. He was created in a secret lab to frustrate customers, and Get Satisfaction is locked in an epic battle to protect the populace from this bumbling, metallic menace.”

Archaic though JarGon may be, he’s actually on Twitter!

UK-based BPMOnline CRM, was chosen as the winner of the EMEA region, thanks to its innovative combining of business process management with CRM through its platform.  According to the review of BPMOnline conducted by the judges,  “… their crown jewel is their BPM platform.  It is one of the best graphical designs I’ve seen and actually does make it easy for the non-techie to develop a process that can be injected into a sales component or a marketing function or across the entire enterprise.”

All finalists received the opportunity to interact with and be mentored by leaders in the CRM world.  They also received prizes that include software subscriptions, consulting services, workshops and media coverage.

Congratulations to all contestants, finalists and winners, and we look forward to seeing who makes the Idol list next year!