An Easy Way to Give More to Charity

As the holidays near, you may be thinking about your charitable giving strategy. One way you can give more: using a search engine or shopping site that donates a portion of profits to your favorite cause. 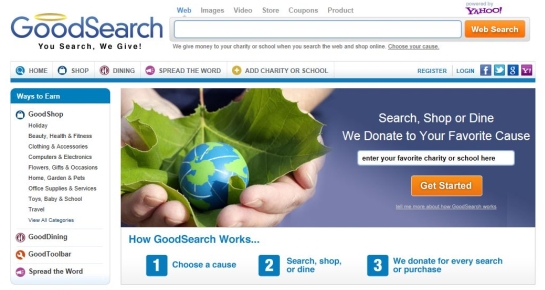 GoodSearch.com is an example of this. The search-engine, powered by Yahoo!, gives a penny to a designated nonprofit for every search you do. (You can select from a list of about 102,000 nonprofits nationwide, or invite your favorite charity to sign up.) The idea, says co-founder JJ Ramberg – host of MSNBC’s Your Business – is to make donating to charity easy and “part of everyday life.” She started the site with her brother, Ken Ramberg. 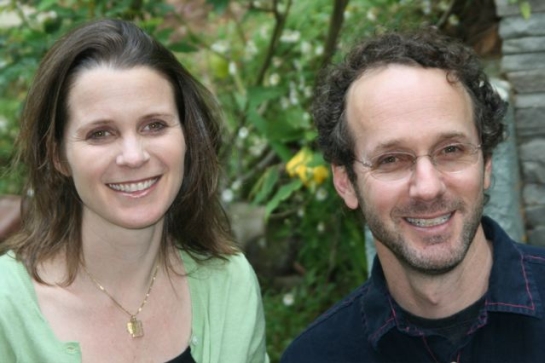 Since its 2005 launch, GoodSearch has expanded and now offers more ways to increase charitable donations to your favorite cause. GoodShop.com, a sister site that launched in 2007, gives donations of 4 percent to 12 percent of your online shopping bills at more than 2,500 retailers, from Walmart to Nordstrom to Staples. (You can also download coupons that provide donations.)

GoodDining.com, which launched in early November, gives up to 6 percent of your restaurant tab at more than 10,000 restaurants nationwide.

You can make it easy for yourself to use GoodSearch by downloading the site’s toolbar onto your Web browser. You can also set up a profile on the site to keep tabs how much of a donation GoodSearch has made to your charity due to your searching and buying activity.

Ramberg says the sites have so far given roughly $8 million to charity. The American Society for the Prevention of Cruelty to Animals has received the biggest donation through the sites, collecting more than $43,000.

Businesses interested in supporting environmental causes, for instance, have many options – from the Nature Conservancy to Clean Air Cool Planet to local river clean-up projects. If your favorite local charity isn’t already listed on GoodSearch, filling out a quick application form can get it on there.

Ramberg suggests that small businesses with employees can bolster their charitable-giving power by downloading the toolbar onto employees’ computers and encouraging them to use GoodSearch and GoodShop when they make work-related purchases, such as office supplies. She says:

“That way, they don’t have to think about it.”

While a penny per search may not seem like much, it can add up. If you search 25 times per week, and buy, say $30 worth of stuff per week from an online retailer that generates a 5 percent charitable donation,GoodSearch would donate $1.75 per week to the charity of your choice — or $91 a year.

Kelly Spors is a former small-business and entrepreneurship reporter and blogger for The Wall Street Journal who has also written for Yahoo!, Entrepreneur, NFIB's MyBusiness magazine and The New York Times. Kelly is now a freelance editor and writer based in Minneapolis and has previously managed communications for an environmental non-profit that helps businesses find ways to be greener.
3 Reactions
Subscribe
Follow @smallbiztrends
RSS LinkedIn Pinterest iTunes