3 Ways to Get More From Running Holiday Deals

Nielsen helps confirm what most of us already knew: The No. 1 reason for following or liking a brand on social networking sites is to receive discounts and special offers. We opt into a more personal relationship with a brand in the hope they will make it worth it by offering us a break on the products and services that we love. And at no time is this more relevant than right now, with the holiday season just a few weeks away. As a small business owner, there are a number of ways for you to cash in capitalize on this growing marketing trend, while also increasing your social media influence.

Below are just three ways you can take advantage of online deals during this holiday season. 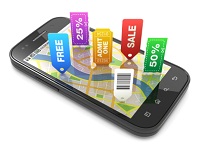 Nielsen data shows that social media and online coupons go hand-in-hand in the eyes of consumers. NM Incite found that nearly 60 percent of social media users in the U.S. visit social networks to receive coupons or promotions, with 23 percent doing so on a weekly basis. Perhaps not surprisingly, a strong overlap was noted between those who visit coupon/reward sites and those who read blogs and visit social networks. According to the data, 43 percent of visitors to social networks and blogs also visited a coupons/rewards site in September. Interestingly, Facebook was the third largest referrer to Groupon and LivingSocial during that time (after search and email), which shows just how linked the two activities are!

While there has been quite a bit of backlash, as Rieva Lesonsky’s AT&T SmallBusinessInSite article notes, against SMBs using deal sites like Groupon and LivingSocial to attract new customers, alternatives like Facebook and Twitter can help SMBs create loyalty through deals without undercutting themselves or relying on middlemen. Using these social networking sites is a great way to incentivize users who already have an affinity with your brand and may be looking for last-minute deals or a way to save some dollars. Simply tweeting an offer code or putting a link to a special promotion in your company’s status update gives your users a reason to interact with your social presence, while also giving them something for their trouble.

Instead of undercutting your prices by using someone else’s email list (waves to Groupon and LivingSocial), why not build your own? Email marketing is a powerful way to deliver online coupons because it’s a personal medium, you can segment coupons by different customer types, and you’re probably already in the habit of collecting email addresses to begin with. By creating holiday-themed email newsletters that offer discounts (even if it’s just free shipping), you give customers a reason to head back to your site, keep your business top of mind and work to build brand loyalty.

Holidays or not, if you aren’t currently working to build up your email list, I’d encourage you to start. It really is one of your strongest assets as an SMB.

You know when a coupon is most handy for a consumer? When they’re on-the-go and just a rock’s throw from your store. And that’s why FourSquare Deals are a great fit for small business owners looking to advertise to a tech-savvy audience. Earlier this year, FourSquare released FourSquare 3.0, which featured a new Explore tab that allowed users to find out about Deals & Specials near where they were currently checked in. That means if someone checks in while getting coffee down the street, they’ll be alerted to the 20 percent discount code you’re offering to new customers. Last year, comScore reports,  65 percent of consumers had not finished their holiday shopping just two weeks before Christmas (I hadn’t even started mine by then, but I digress), partly because they were financially unable to do so or because they were looking for last-minute deals. Offering deals on-the-go can serve as a powerful call to action for targeted last-minute shoppers. It will also expose your brand to those nearby who may not have been familiar with you.

As the holiday season approaches, we’ll all be looking for ways to attract customers new and old to our store. Combining the power of online coupons and social media is one extremely effective way to do just that.