According to a recent Gallup poll, more than one quarter of small business owners said an increase in revenues what would be what stimulates them to hire new employees in the coming year. One in five said an overall improvement in the economy would lead them to hire, while 17 percent reported that expansion plans would cause them to create new jobs. 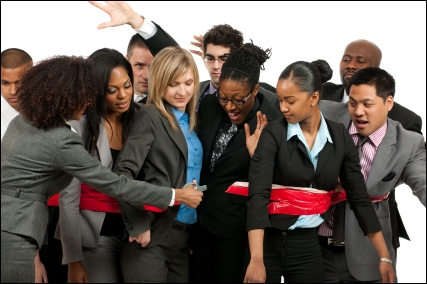 In essence, if the economy picks up and people start spending, small businesses will create new jobs. Consumer demand is crucial.

This week, House Republican leaders plan to vote on several bills that seek to remove obstacles to small businesses seeking capital. The proposals aim to help small businesses by lifting regulations that make it difficult for entrepreneurs for to obtain investment financing.

One bill would lift a Securities and Exchange Commission (SEC) regulation that discourages small companies from using advertising and direct mail to solicit private funding from wealthy investors. Another measure would enable investors to fund startups up to $10,000 via the Internet without requiring the firm to register with the SEC. (This would benefit companies seeking to raise capital through crowdsourcing.)

While these proposals aren’t enough to kick-start the economy on their own, they are a good sign that government leaders are looking at innovative ways to help small business growth. Since companies that employ 500 people or fewer create the lion’s share of new private sector jobs in the U.S. economy, the measures also may help lessen the U.S. unemployment rate.