When a president takes office, sometimes luck is on his side, other times not.

Internationally, much progress has been made in bringing down some of America’s top enemies. The death of Osama bin Laden lifted spirits briefly but now seems like a distant memory. Muammar Gaddafi had long taunted the U.S., and the president’s patience and support of Libyan rebels has resulted in the dictator’s demise. Similarly, persistence paid off in the pursuit of American-born terrorist Anwar al-Awlaki. Soon U.S. forces will leave Iraq. These international events are positives for President Obama. 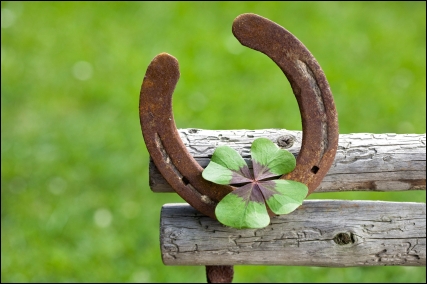 The stock market zoomed on October 27 as a long-sought agreement by European leaders to boost the bailout fund for struggling economies. While the Dow has been on a roller coaster ride this year, overall the market has recuperated nicely from its doldrums earlier in the year. This latest international news helps.

President Obama has said the country must tackle its greatest challenge as a nation: rebuilding our economy. He connected this task with the successes of the military, saying we need to create jobs with the “same urgency and unity that our troops brought to their fight.”

Meanwhile, fortune has not been on the president’s side domestically. International successes often do not translate into domestic success. President Obama inherited a down economy that has not truly recovered. On the one hand, the recession helped him defeat his Republican challenger since the party in power usually takes the blame when the economy tanks. However, since unemployment has not improved all that much, the president needs an economic recovery or else his reelection prospects will be grim. Just ask George H.W. Bush.

President Obama has tried a number of initiatives with mixed results. The SBA has largely proven effective in providing capital to startups and growing businesses. However, less than half of the banks eligible to take advantage of the Small Business Lending Fund did so, and a number of those institutions used the available capital to repay their TARP obligations, which was not how the money was intended to be used.

The president’s first stimulus plan spent a lot of money, but did not yield the anticipated results in jump-starting the economy. His opponents argue that the initiatives have made things worse, and the fact that the country’s deficit has gotten larger does not help in the long term. He is having trouble selling his current jobs package.

Still, scaling back on the expense of the war in Iraq should reduce military spending significantly, and the president is likely planning an exit strategy for Afghanistan – if one is possible without hurting U.S. security. The new StartupAmerica is getting off the ground with a goal of stimulating economic recovery.

The entrepreneurial spirit remains part of the fabric of America. The president is doing everything he can to harness it and help small businesses, which generate a majority of the new jobs in the economy.