As 2011 draws to a close, what are the biggest challenges small business owners are facing? And what is their outlook for the coming year? A new survey conducted by online survey company Zoomerang Online Surveys and Polls and my company, GrowBiz Media, creates a mixed picture. 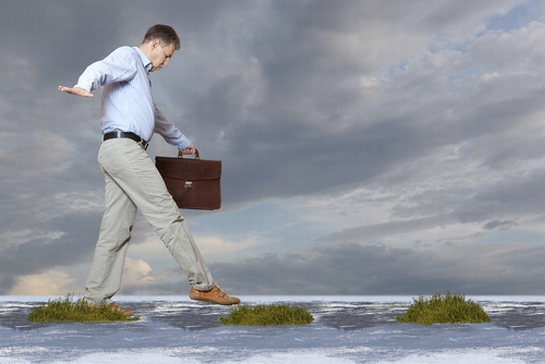 Overall, the survey found SMBs in a “holding pattern,” with many seeing little growth this year and planning few changes for the next. However, there’s also some positive news: “Many small businesses are optimistic about 2012 despite economic challenges in 2011,” says Alex Terry, general manager at Zoomerang Online Surveys and Polls.

The survey, SMB Business Perspectives, polled 1,000 decision-makers at small and midsize businesses. Here’s some of what we found:

Overall, the biggest challenge in 2011 for SMBs was growing their customer/client base, with 44 percent of them citing this as their biggest concern. Close behind, budget constraints and customer or client retention were both cited by 32 percent.

Simply “staying in business” was a key challenge for 27 percent of the SMBs, with 20 percent indicating that “local competition” was a major issue.

Clearly, small businesses are feeling stiff competition for customers and clients. But with the economy still rocky, they are less worried about keeping their employees on board (which could prove to be a mistake).

How did the SMBs in the survey think their companies fared in 2011? The worries about competition are founded in reality with less than half (44 percent) saying business development held steady this year, and 27 percent reporting losses. Just 14 percent experienced biz dev growth. Overall, most areas of business performance remained the same.

This “holding pattern” is reflected in small business owners’ plans for 2012. Sixty-four percent have no plans to diversify their businesses in 2012; 74 percent did not plan to narrow their business focus. The response suggests that 2012 will be “business as usual” for SMBs still wary of taking too many risks (which also could turn out to be problematic).

The economy has “negatively affected” the business of nearly two-thirds (61 percent) of the SMBs this year. One-quarter were not negatively affected (perhaps because they have learned to handle the ups and downs of the last few years), and a lucky 11 percent claim the economy had a positive impact on their businesses..

Heading into 2012, SMBs will continue to focus on the challenges that occupied them in 2011. Specifically, their key areas of improvement will be customer/client growth (60 percent) and customer/client retention (38 percent). As a result, the top areas where SMBs plan to spend are marketing (35 percent) and sales (28 percent).

When it comes to innovation and risk-taking, however, the outlook is ho-hum, to say the least. Just 15 percent will focus on technology innovations, a mere 9 percent say geographic expansion is on the horizon, and only 21 percent are even planning to expand their product/service offerings. Nearly one in five (19 percent) say they will make no new investments in their business in 2012.

The lack of innovation troubles me somewhat. I know times have been extra tough, but you cannot grow if you keep treading water. It might be time to dive in and test the waters.