Are You a Social Media Addict?

Do you tweet in your sleep? Have you ruined dates by posting status updates during dinner? Do you IM your significant other…when he’s across the room? If all these (and more) are true, you are addicted to social media. 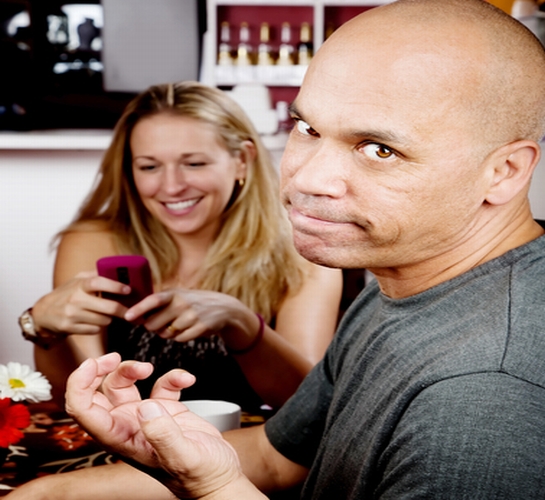 We’ve all seen it. The person you’re talking to checks her Facebook status while you’re engrossed in conversation, thinking you won’t notice. I’ve been to networking meetups with bloggers where not a single person is making eye contact. They’re all too busy tweeting what a great time they’re having to actually live in the moment.

Social media is all well and good, but what do you do when you’ve gone too far?

While you might laugh when you hear the term “Facebook Addiction Disorder,” as this AllFacebook blog post reports, I suspect it won’t be long before this term (as well as general social media addiction) is more widely recognized. A few years ago, we scoffed at the idea of Internet addiction, but today the effects of this condition can’t be denied.

It’s the same with social media. Some people find checking their social statuses as much of a stimulant as drugs. And while it may seem safer than drugs, social media addiction can have serious effects on relationships. Dr. Oz cites studies that teens who use social media frequently are more likely to use drugs and alcohol. The Wall Street Journal reports that data floating around says that one in five divorces are caused by Facebook, but that hasn’t been seriously substantiated.

Social media addiction might be spurred by feelings of low self-esteem, according to a post on BrainBlogger:

“…it has been noted that there may be a correlation between low self-esteem and a sense of social inadequacy and social network addiction. It seems that many types of social interaction which would present great challenges in the real world for certain types of individuals have been rendered much easier for them in the virtual world, thus putting them at a higher risk of becoming addicted to Facebook and the like.”

The article points out a study in Mexico of people who spent more than four hours a day on Facebook. The results showed that these individuals had a higher incidence of depression and lower physical and general self-esteem levels than people who used Facebook less often.

And of course, spending hours on Twitter, Facebook and Google + does nothing positive for your productivity at work! It’s hard to tell exactly how many hours workers are wasting on social sites, but we can guess that it’s higher than it should be.

7 Ways to Tell If You’re Addicted to Social Media
If some of the points in this article are hitting close to home, take this short quiz to see if you might be addicted to social media.  Have you ever:

The point is: if you depend on social media for your pleasure, it’s time to step back. Track how much time you’re spending on social sites, and make an effort to cut back. If you can’t do it on your own, try a tool like Freedom that will block you from the Internet so that you can work offline without temptation.

Work up to an entire weekend untethered to the social world. I promise, your social “friends” won’t even notice!

Susan Payton is the Communications Manager for the Small Business Trends Awards programs. She is the President of Egg Marketing & Communications, an Internet marketing firm specializing in content marketing, social media management and press releases. She is also the Founder of How to Create a Press Release, a free resource for business owners who want to generate their own PR.
9 Reactions
Subscribe
Follow @smallbiztrends
RSS LinkedIn Pinterest iTunes