What Do Your Millennial Employees Really Want?

What do Millennials in the work force really want? One thing is loud and clear: They want their Facebook, Twitter and smartphones—and if your business doesn’t give them what they want, they’ll find an employer that will. 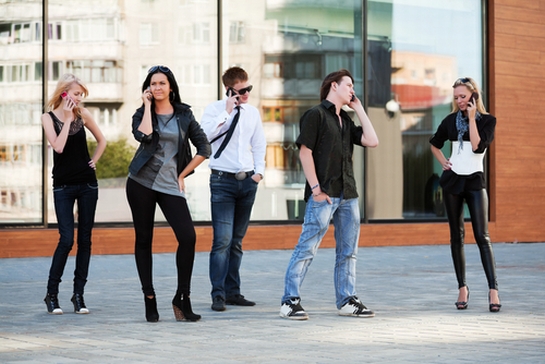 That’s a major finding from the second annual “Cisco Connected World Technology Report” which surveyed 1,400 college students and 1,400 young professionals under age of 30.  The report states:

Here’s what you need to know:

For 33 percent of the respondents the abilities to use social media, bring their own technology devices for use at work, and work remotely are more important to them than salary when it comes to accepting a job. In fact, 40 percent of college students and 45 percent of young employees were actually more likely to accept a lower-paying job with more flexibility about device choice, social media access and remote work, than a higher-paying job with less flexibility.

Millennials aren’t shy about making their technology demands known. Nearly two-thirds say they ask about social media policies during job interviews. And companies are listening: 41 percent of the employed respondents say their companies promoted a flexible device and social media policy specifically to recruit them.

For businesses struggling with IT security, allowing workers to access company networks on their personal devices, or use company devices for personal use, are crucial issues. But attempting to separate the two is a losing battle: More than 70 percent of respondents say they should be allowed to use company-issued devices for both personal and business use. Mixing business and personal is part of their lifestyle. What’s more, 81 percent would like to choose the devices they use at work, either by bringing a personal device or by getting money from the company to buy their own work device.

If you’re banning personal social media use at work, you probably already know it’s not working, but this study confirms it: More than half of respondents say if a company prohibits social media access on the job, they either wouldn’t work there, or would figure out a way to get around the policy.

What can a small business owner do? As the saying goes, “If you can’t beat ‘em, join ‘em.” Of course you need to set policies that ensure your company’s devices, networks and data are secure. And you need to make sure all employees (of all ages) understand and follow them. But as this survey shows, if your policies are too draconian, they’re going to backfire.

Instead, harness the social media and tech savvy that Millennials bring to the table. Enlist them to use social media on behalf of your company. Smart businesses are already doing so: Nearly 33 percent of the respondents who had jobs say their familiarity with social media and ability to use devices contributed to their hiring.