What’s Wrong With Your Employees?

Do your employees seem a little—well, lackluster—lately? Have you noticed they just don’t seem to have the enthusiasm they used to? It’s not just your imagination. A recent Gallup poll found that 71 percent of American workers are either “not engaged” or “actively disengaged” from their work. Just 30 percent are “engaged,” or involved in and enthusiastic about their jobs. 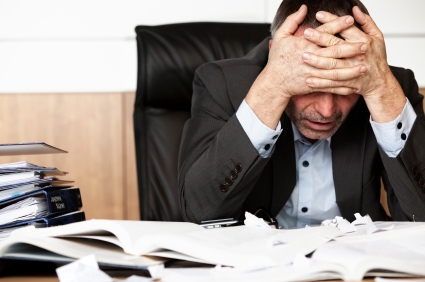 What’s most interesting about this study to me is that the very workers you might expect to be most engaged are least so. Gallup found that:

In other words, the employees who have the most challenging and interesting jobs and are at the peak of their career development and earning power (the 30-to-64-year-olds) are the least engaged. And, while stereotypes often paint female employees as distracted by the demands of home and children, apparently it’s men who are less likely to be focused on work.

What gives? Another study sheds some light on the problem. A survey of more than 10,000 employees by consulting firm Towers Watson reported by CFO.com found that work-related stress was the number-one reason employees cited for leaving a job. In contrast, HR professionals surveyed thought that employees were most likely to leave because of chances for promotion.

These results show a big disconnect between what management believes and what employees feel. Even though 65 percent of HR personnel admitted that employees at their companies had been working longer hours than usual for the past 3 years, and 53 percent predicted that trend would continue over the next 3 years, they didn’t pinpoint increased stress from longer hours as a key cause of quitting.

Just as in the Gallup poll, Towers Watson found it was the higher-level employees who were feeling the most stress. Fifty-seven percent of senior-level and management employees agreed that employees are working longer hours, compared with just 37 percent of administrative, clerical and manual workers.

Your employees are working longer hours—and will be for the forseeable future—you need to take some steps to ensure they don’t burn out. Disengaged employees cost you in productivity, and they cost you even more when they leave and need to be replaced. If you’re not concerned that the toughest employees to replace are the most likely to bail on you (whether physically or mentally), you should be.

What can you do? The biggest risk is sticking your head in the sand. Don’t be oblivious and assume if your employees are putting in their time that their hearts are in it. In a small business, there’s no excuse for not “managing by walking around.” Find out what’s eating your team, and figure out how you can make changes to re-inspire and re-energize them so they can contribute their fullest to your business.

Chances are the changes will re-energize you, too—and since we small business owners are all working longer and harder, I bet you could use a jolt of electricity.