5 Internet Marketing Trends for SMBs to Watch in 2012

In just the blink of an eye it will be 2012. And with that comes the opportunity for us to focus in on the hottest trends of the upcoming New Year, and maybe even those that eluded us in years prior. While you’re putting the finishing touches on your action plan for 2012, let’s dig into some of the hot Internet trends for SMBs to watch over the next 12 months. After all, you want to kick off the New Year on the right foot, don’t you? 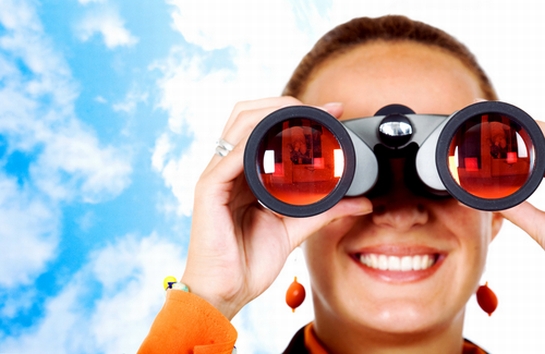 Of course you do.

It was during November’s PubCon Vegas show that distinguished Google engineer Matt Cutts stood in front of a packed room and encouraged search marketers to focus on three areas over the next year:

While these areas were certainly hot in 2011, the data shows they’re only going to heat up from here.

The year 2011 saw a 400 percent increase in the number of mobile searches, with 74 percent of people using their mobile phones to search while running errands. For Black Friday this year we even saw advertisers attempting to lure customers away and steal competitor sales while they were waiting on line to make a purchase, as The New York Times reports.

Piggybacking off the explosion of mobile are social networks trying to get in on the action. Mashable reports Facebook just bought Gowalla’s management team to help them tie proximity to intent, while SearchEngineLand reports FourSquare recently released the new FourSquare button to add your place to their ToDo lists to help customers find you before they even realized a need was there. It’s awareness through relevance and, if you’re a small business owner, it’s a fantastic way to appeal to new customers.

In the face of the SoLoMo revolution, SMBs must not only adapt to new screens but also to new ways of reaching customers.

Focusing on online reviews is not new, but in 2012 its continued importance will be driven by two impressive factors.

1. A Shift in Buying Behaviors: A study from NM Incite showed us that 63 percent of social media users list “consumer ratings” as their preferred source for getting information about a business, product or service. Data shared by Gregg Stewart during March’s SMX West event told us that 32 percent of all searches expect to find ratings and review information. And when they don’t, they wonder:

Once they’re done with the “why” questions, they simply go search for a business that does have this information available. They go to your competitor.

2. Social Brings Accountability: It’s not just consumers who love online reviews; so does Google. Google looks at reviews as just one of many social signals that will bring accountability back into their algorithm. Google is so serious about accountability and social signals that they even built a new social network around it called Google+. Here consumers are forced to interact on the Web using their real names and identities. That changes the types of interactions that are taking place. Search engines want to return the best possible experience, and an increased focus on social signals is one way they’re looking to do that.

The combination of users looking for this type of social data and Google wanting to display it is a clear sign that SMBs need to invest in this area. In 2012, the SMBs that will be left behind will the ones who have not developed a strategy for how they’ll solicit online reviews, how they’ll manage them, and how they will respond to negative reviews that pop up around their businesses.

A Move Into the Cloud

Cloud computing alternatives will continue to go mainstream in the upcoming year, RingCentral says, as SMBs look to save money and gain access to resources they wouldn’t have otherwise. If you’re not familiar with the term, cloud computing refers to using a network of remote servers hosted on the Internet to store and manage data instead of hosting it on your local server.

For example, instead of hosting your email on your personal computer, if you use Gmail,  they host it for you. Or maybe you use DropBox to store your media instead of putting it on a local server at your office. The benefits of moving into the cloud are obvious:

Through the use of cloud computing, SMBs can run their businesses more smoothly thanks to established infrastructure they don’t have to build (or pay for) on their own.

Of course, moving into the cloud does pose some issues. For example, check out the next big trend for 2012…

Yes, with more businesses using Web-based services and with hackers shifting their attacks to smaller firms, site security is a major issues for SMBs in 2012. Hackers are setting their eyes on small computer users who they know will have weaker security systems in place and who, The Huffington Post reports, still think hacking can’t happen to them.

If you think your SMB is safe from hacking because you have nothing “worth stealing,” think again. Even a local pizza joint that delivers will have access to tens of dozens, maybe hundreds, of street addresses and credit card numbers. And that’s all the hackers are after. Protect yourself by putting basic security measures in place like changing default passwords often, setting up strong firewalls, and not falling prey to the kinds of phishing scams or malicious emails that Security News reports.

What else has the proliferation of smart phones done besides make us all mobile-crazy? It’s also driven us app crazy. And it’s not just Facebook, Twitter and Angry Birds, either. We’re turning to apps to help us run our businesses and be more efficient and, we hope, more profitable.

The adoption of business applications will allow SMBs to streamline tasks and do more faster and easier.

Those are the five hot Internet trends I think small business owners should be aware of in 2012. Are you ready?