When a new year begins, we business owners wonder what’s in store for the upcoming 12 months. After all, with technology moving faster than ever, who could have foreseen the takeover (then falter) of daily deal sites a year ago? Or the ability of Google to take some sites to their knees with Panda? Here’s hoping that 2012 brings nothing but good things to the world of Internet marketing. 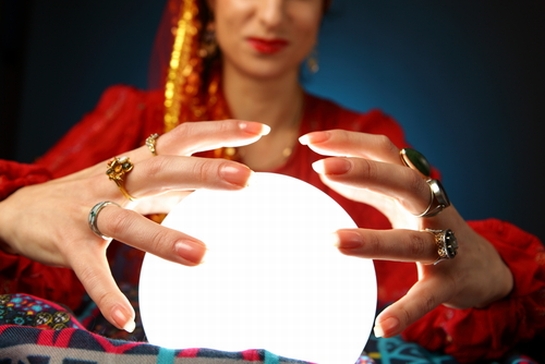 Please note: These are my own non-psychic predictions and not the opinions of Small Business Trends or anyone else!

Prediction 1: Daily Deals Will Shake Out. In 2011, everyone with an Internet connection created a daily deal site. And businesses were only too happy to sign up with all of them in an effort to get new clients. But as many retailers realized that they were losing money because they weren’t properly managing their daily deals, many backed off. In 2012, I predict that some smaller players will shut down, while bigger players like Groupon will gobble up some of the moderately successful daily deal sites. We’ll stop being bombarded by 20 emails a day of great deals.

I also predict that we’ll see some innovations in this area. ScoutMob is one such innovator. Many of its deals are 100 percent free, and you don’t have to buy a voucher in advance. Just take your phone with the deal to the location during the deal period, and they’ll give you the discount directly.

Prediction 2: Google + Will Pick Up Some Momentum…But Just a Little. I realize that I can say one of two things: Google + will be wildly successful in 2012 or it won’t. I’m just not seeing the excitement with the tool outside of my circle of people (social media early adopters), so I can’t see Google + hitting anywhere near Facebook’s 800 million users in 2012. I think we’re all still trying to figure out how to use this tool (at least I am). Google’s got to do a better job marketing Google + if it wants some of Facebook’s market share, and thus far, it’s done what it does with all its platforms: put it in beta to make it highly desirable, then sit back and wait for it to become popular.

Prediction 3: We’ll Almost Get There With Mobile. I’ve long been frustrated that Europeans and Asians are so much more phone savvy than we are. They use their phones to pay for things. Why can’t we? (I actually know the answer to this, and it’s a long one that involves banks’ stubbornness to let go of the fees that are involved). But I think we’re getting there, slowly. Google introduced its Wallet platform this year, but you probably haven’t used it.

Mobile coupons picked up the pace this year, as Computer Business Review reports, and it was the first time for me (out in California) that when I handed my phone to a cashier I didn’t get a blank stare. There’s hope yet. I think we’ll see wider adoption of mobile coupons and more effective apps in 2012.

Prediction 4: We’ll Really Latch on to Freemium. With more and more companies offering freemium models of their products (ones with decent but limited capabilities at no charge), I believe (and hope) we’ll see even more of this in 2012. My current favorites? MailChimp, BaseCamp and Evernote. The benefit to the businesses is that even when they offer a free version, a large number of users upgrade to a paid account. Could be a good idea for your business!

Prediction 5: We’ll Nail This Content Thing. We’re so tired of Google Panda and pandalized sites. We know how to create meaningful content. So I think in 2012, we business owners are going to step up the pace on content marketing. We’re going to drive traffic to our sites through articles that answer questions and solve problems. Competition will get fierce, but when it’s not, hey, it simply isn’t fun!

What are your predictions for this year?

Susan Payton is the Communications Manager for the Small Business Trends Awards programs. She is the President of Egg Marketing & Communications, an Internet marketing firm specializing in content marketing, social media management and press releases. She is also the Founder of How to Create a Press Release, a free resource for business owners who want to generate their own PR.
27 Reactions
Subscribe
Follow @smallbiztrends
RSS LinkedIn Pinterest iTunes