6 Ways to Alienate Friends and Followers

You’re not a social media dummy. You know it’s quality that matters in picking up social media fans and followers, not sheer quantity, but that doesn’t mean you don’t have an interest in keeping the followers you’ve earned. After all, success in social media is often rooted in your ability to share your message with as many passionate consumers as you can and keep them hungry for more. So while numbers aren’t the key metric, they do help.

If you’ve found that you have a difficult time keeping the social media followers you initially attract, below are six possible reasons why. 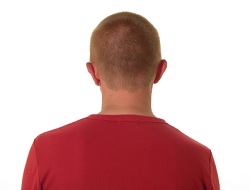 1. Doing Too Much Self-Promotion

If people are taking steps to connect with you on social media, it’s OK to let them in on your new blog posts or retail deals or tease them with details about projects you have in the works, but practice moderation. If someone has shown an interest in your brand, you want to be more respectful of their time and attention, not less. Keep them updated on what you’re doing (after all, that’s why they followed you!), but also focus on being a good Web citizen. Share other valuable resources outside of your own, help them solve their problems, and have conversations with them that have nothing to do with selling to them. No one minds a little marketing as long as it’s not being jammed down their throats.

2. Getting Too Far Off Topic

Your audience knows you as one of the most authoritative and creative bloggers in the DIY home repair space. That’s how they found you and it’s why they keep coming back for more. For years now, you’ve shared tips on how to do more on a shoestring budget and helped them with small home repairs. However, you’re starting to talk about that less and less. Now you’re sharing information about the new raw diet you just started. You’re tweeting your menus, news reports about the dangers of sugar and how the obesity epidemic is some sort of government conspiracy. At the same time, you also notice that people are starting to unfollow you in droves. Can you really blame them?

No, this is not another government conspiracy at work. It’s just that your new lifestyle is off-topic to people who followed you to learn about home repair. If you’re going to spend so much of your time talking about raw diets, maybe it’s time to start another Twitter account geared toward that interest instead of diluting your business one.

3. Sending Too Many Lunch Tweets

I’m not judging! I, too, like to take pictures of the delicious food I’m eating and share it with my Twitter followers. And I like to take pictures of my cats sleeping and share those too. Is that so wrong? No…unless that’s all you’re giving people. We like a side of banality with our tweets. It lets us see that our favorite bloggers/ experts are real people just like us. That said, we also want the good stuff. It’s your job to understand why people are following you, know how that relates to your business, and constantly make good on your initial promises. Maybe people follow you because of the great advice you give, maybe they love the case studies you always share in your blog, or maybe you’re seriously funny and they like your sense of humor. Whatever it is, that needs to be the focus of your account. Not what you had for lunch, as delicious as it may have been.

4. Posting Too Many Humblebrags

5. Too Much Negative Nancy

There’s a difference between sharing a rough day (as in this Blogworld post) and using social media as a weapon to hurt other people or constantly complain. When you share a bad day, it can help your audience relate to you and open up an opportunity for them to show you support. However, when you consistently use social media as a venting tool or as a weapon to sling fire at others, that turns people off. It becomes toxic and something we don’t want to be around. We all have our days when we’re angry at the world, but take a look at your Twitter account and see if you’re sharing those days a little too freely.

6. Using Too Much Automation

Social media automation is a necessary evil for many business owners. We want to reach people at times when it’s not always convenient for us to be on Twitter. Or we want to schedule a number of different resource links to go out while we’re off during the weekend. There’s a proper way to automate social media – a way that strengthens what you’re doing – and there’s a way to automate that turns people off. Automation turns your customers off when you’re relying on it too often and your entire account becomes nothing more than timed tweets. It’s important, even if you do use some automation, to put in the proper “face time” to talk to your customers. You don’t have to be there every minute of every day, but you do need to be there.

While the exact number of Twitter followers or Facebook fans you have doesn’t matter, what does matter is that you’re keeping them engaged and not making them jump ship. If you’re noticing you have a difficulty holding people’s attention in social media, do a quick check to see if you’re committing any of the sins listed above.