Author Joel Libava and I have been colleagues and friends for a few years through our relationship with Small Business Trends and its founder, Anita Campbell.  Of course, living in Cleveland and seeing each other from time to time doesn’t hurt either.

I’ve watched Joel grow his Franchise King brand over the years. Naturally, I was thrilled when his publisher sent me a copy of his new book, Become a Franchise Owner! The Start-Up Guide to Lowering Risk, Making Money and Owning What You Do.

Become a Franchise Owner is an interesting business book on several levels.  First, it’s a living, breathing case study of how Joel Libava (@FranchiseKing on Twitter) took an area of business that he had experience in and is passionate about, and built a thriving brand around it, in just a few years.

Next, it takes you behind the franchise curtain. The book does it in a way that not only educates you, but also provides intelligent guidelines and advice that will serve any business owner – not just someone interested in owning a franchise.

In a few short pages, Libava gives you context around the history of franchises.  Here’s a tasty tidbit of trivia: franchising actually started in the Middle Ages when Medieval courts or lords started granting important individuals licenses to operate certain businesses.

Then he moves into the Colonial era noting that this is when franchising really started to take hold.  “The local  sovereign or lord would authorize individuals to hold markets or fairs, operate the local ferry, or hunt on his land. The concept expanded to the kings who would grant a franchise for all types of commercial activities including building roads and even brewing ale.”   This eventually extended to entrepreneurs who took the risk of establishing colonies, and in return were granted protection of the Crown in exchange for paying taxes or royalties.  So now you know the first connection between franchises and kings.

Find out if franchising is right for you

Chapters 3 through 5 are devoted to finding out if franchising is right for you.  Chapter 3 is titled “Take the Franchise Quiz,” but you won’t get to do that until you read the entire chapter and find the website URL that directs you to the quiz. (You’ll have to buy the book for that one.  I already gave you the cool franchise history lesson; don’t push it).

Chapter 4 gives you an in-depth explanation of the franchising model;  chapter 5 goes over the results of your quiz.  By the time you get to chapter 6, you will not only know if franchising is a good business model for you, but you will also know more about franchising than most of the people who have ever bought a franchise knew at the time they bought it.

Insider secrets … and what no one wants to tell you 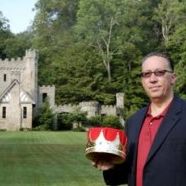 Let me make a confession.  I have no interest in franchising … buying, creating or running one.

But I was riveted by Joel’s writing style and the plethora of insider experiences that he shares in this book.  You’ll find excerpts of conversations with a sort of “look at the camera” commentary right in the middle of the story!  While I can understand that some readers may find this distracting, I loved it.

A great example is the story of “Beth,” who came to one of Joel’s seminars and asked about how to sell her franchise because she didn’t like running it.  After Joel asked her what she didn’t like about it, he interrupts the story with a sidebar. He says:

“This is probably a good time to share a couple of things about me:  I don’t do a real good job with two important things…. The ‘Wait five seconds before you respond’ option… and not being able to stop from saying what’s on my mind….  So, back to Beth…”

As you read on, you discover that “Beth” doesn’t like selling.  Yet she purchased a direct marketing franchise where she knew selling was required.  She just didn’t think it would be that hard.

This is where Joel dispenses some valuable insight that seems obvious when you read it, but it’s uncanny how many people skip it:

I now know and understand why people don’t start out working with a franchising advisor.  They simply don’t want to do all the homework needed to make a smart decision.  This is where Become a Franchise Owner really shines.

Each chapter leads you through the franchise decision-making process in a way that doesn’t burst your bubble or stomp all over your dream of becoming a business owner.  It’s clear to me that Libava’s mission with this book is to actually make those business ownership dreams come true.

An even-handed tell-all about franchising

I’ve read books about franchising before, and one thing I’ve noticed is that they tend to support one line of thinking – their line.  Become a Franchise Owner doesn’t do this.  Libava tells it like it is even if it includes opinions that differ from his.  Take this example of going to “Discovery Days.”

He says ” I don’t recommend traveling to the franchise company’s headquarters unless you’re at a point in the process in which you feel that you have a good handle on the franchise concept and that you’re convinced that it’s the right fit for you and you for it.”  But then he goes on to point out how some members of his industry disagree. “They feel that if you’re invited to a Discovery Day, you should just go.”

Then Libava gets into a fantastic car-sales example that outlines exactly why franchisors want you at Discovery Day — and why you should not go until you’ve done all your research.

Don’t even think about a franchise without reading this book

If you or someone you know is unemployed or contemplating owning a franchise, then buy this book yesterday.  It’s that good.  Not only that, it’s really fun to read.  You’ll find this book is a touchstone of truth in a franchising environment that is overwhelming at the very least.

And the rest of you business book junkies are going to love this book for its sheer educational and entertainment value.  I feel at least a hundred times smarter about the world of franchising than I did before I read it.

Read Become a Franchise Owner and you’ll become a smarter business owner and a happier franchisee.