Don’t Be a Launch Hater

One of the holy Internet startup commandments lately seems to be “Thou shalt not launch.”  But I launch all the time, and I love it. Why? Because my startup’s most valuable commodity is time. I need to get as much user feedback on my product as I can get – and I need it fast. There are half a dozen legitimate, well-funded competitors in my space with teams that are two to 10 times bigger than mine. If I want to succeed, I don’t have the time to mess around. 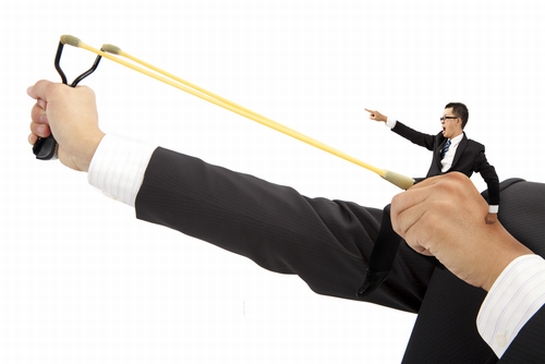 Here’s an example. Earlier this year, we launched our Android app and got lots of negative reviews because our pricing strategy didn’t work for the mobile app world. What did we do? We quickly changed our pricing, updated our app and (drumroll, please. . .) turned a lot of those unhappy users into engaged customers.

Customers were pleased that we listened to them and improved our offering based on their feedback. They gave us a second chance, and they appreciated the effort we put into improving the product. That’s the value of launching first and correcting course later. So what’s with all the hating on launchers? Lean startup guru Eric Ries probably best explains the “Don’t Launch” philosophy. The biggest risks are that you’ll somehow mess up your positioning, product or messaging.

I just don’t agree. If you fail the first time, pick yourself up and launch again. You can do it. I mean, if politicians can change their positioning on taxes or immigration at will, then why can’t your startup modify its value proposition?

It seems that everyone is viewing this argument in extremes. They either picture the overhyped startup (a la Color) that is unable to live up to the media’s inflated expectations, or the stealth startup doing their thing sans users because no one knows they exist. But there’s a massive middle ground people are missing between these poles.

If you have funding and you’re cranking on an awesome product (crushing some code, brogramming as this BostInno post describes, or whatever you do), why not just let people know about it?

It’s foolish to think that your launch “coming out party” is your one opportunity for press, your one shot at greatness. People make the assumption that the spark from a launch has to be doused with a firehose if a startup decides to adjust its strategy. Nothing could be further from the truth. We launched several years ago as a mail-in scanning service. This year, we introduced apps that let people scan to the cloud themselves.

Each of these apps has presented a new opportunity to launch all over again, reaching new audiences and putting our product in the hands of more people.

In terms of “life after the launch” — there’s plenty. Think of each launch or relaunch as an opportunity to prove to your customers that you are listening to them. For example, our initial iPad app wasn’t that great even though the launch was solid. So what did I say, as CEO, when we recently relaunched the updated iPad app? That our customers “demanded an app from us that let them scan.” Our new iPad 2 is now OfficeDrop’s #1 daily source of new customers.

Of course, you should have a series of activities taking place after your launch to prove that you didn’t just have a single, big-bang event and then fall into the ether. These can include product updates, opinion pieces, and social media campaigns that engage your users and show a little personality. Evernote is a great example of a company that announces frequent updates and gets great mileage out of them. If you can do this regularly, reporters will pay attention and cover you regardless of whether you’re constantly pushing your story on them.

Even brilliant marketers like Sean Ellis (who has an amazing blog on startup marketing) sometimes realize there are exceptions to “launching your startup with a trickle.” He recently launched his new startup CatchFree at TechCrunch Disrupt, perhaps the biggest “launch” opportunity possible. He’s been through this before, and he analyzed the risk/reward and identified the appropriate time to be bold.

The bottom line is: You’re an entrepreneur. So get excited! And don’t be afraid to talk about what you’re doing, regardless of the fact that it may change. Keeping it under wraps doesn’t help anyone, and the excitement you feel about your startup will be infectious. If you develop great stuff and are pumped about it, others will pick up on your energy. So get out there and launch!