The Top Franchise Trends for 2012

There’s certainly no shortage of dynamic concepts to explore in franchising in 2012. Finding opportunities to get into a business of your own is the easy part. Finding a willing financial partner to help you invest in a franchise business is still a bit more challenging. 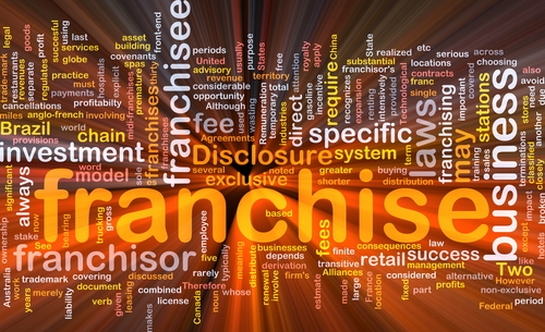 For example, if you want to get involved in a franchise business that’s focused on renewable energy and maybe even sustainability, no problem; do a Google search of “green franchises.” Maybe you’re comfortable calling on customers and giving sales presentations; there are several opportunities (such as Sandler Training) available for you. Do you like food? (Silly question!) If you’ve always wanted to own your own restaurant, there are hundreds of unique food franchises, such as these gathered by Franchise Direct, to choose from.

Not all franchises require a commercial space; Pillar to Post and Mosquito Squad offer ways to be your own boss without having to negotiate a lease for the business. Another advantage of investing in a home-based franchise is that you can be up and running pretty fast. One more thing: Remember that your customers aren’t going to find you if you’re sitting at home. You’re going to have to do some serious networking. Your networking should always include being on the lookout for strategic referral partners, as John Jantsch suggests.

In last year’s post on the top franchise trends, I wrote about the fact that small business lenders weren’t all that excited to lend money for franchise startups. As much as I don’t want to start going all negative here, it’s still true today; lenders aren’t lending enough, The New York Times reports, especially to small businesses.

I also wrote about the fact that homes had gone down in value: “Real estate is usually a major part of a franchise candidate’s net worth statement, and that’s now a problem. Home values are low, and in some cases, homes are underwater.”  According to Carole Cohen, a Cleveland Realtor who’s really dialed into the market, “Home prices in our area are down 26 to 28 percent.” (Her income took a hit because of the low prices.) Carole works for a family-owned real estate company, but there are real estate franchises, too, as this Red Carpet report points out.

The franchise industry’s focus has changed. By “industry,” I really mean only one part of the industry, but it’s a big one: The International Franchise Association, which is an association that promotes franchising.

I’m still trying to decide whether the combination of social media, and the business transparency that tends to be associated with it, has turned the IFA into a more powerful industry force, or not. On one hand, some of the higher-ups from the IFA, like Matt Haller, the Sr. Director of Communications, are starting to get a bit more active on Twitter, and have started to write some blog posts. However, the growth of social media has evened the playing field in the franchise industry; now voices outside of the IFA–independent ones–can be heard loud and clear, too. The industry is changing, and anyone with an Internet connection can watch some of the changes that are happening in real time.

Veterans who are interested in possibly becoming franchise owners will undoubtedly run across the VetFran program. This program, founded in 1991, features 400-plus IFA member franchisors that offer training, mentoring and financial incentives to veterans interested in small business ownership and/or a career path in franchising. To date, approximately 2,000 veterans have become franchise business owners through this popular program.

I’ve personally assisted with our veterans, and have even been able to help a few of them become franchise owners. Today’s veterans have three things going for them when it comes to operating a franchise business. They are:

I’m all for helping the men and women who’ve made major sacrifices to help us keep our freedom. Thousands of veterans are returning home from our wars, and need jobs and opportunities. For veterans who want to become business owners, franchising is certainly one path that they should look into.

Of course, they’re going to need small business loans in order to start these franchises, and that’s the part that worries me. That’s because a large number of veterans have had several tours of duty. It’s not like they’ve had a chance to build up their nest eggs. Hopefully, banks will come up with some creative loan programs to help veterans get into business for themselves.

There’s really only one reason that the IFA is courting professional athletes, and it’s pretty obvious; the athletes don’t need small business loans. Can you think of any other reason?

According to the Bureau of Labor Statistics, there were about 16,500 professional athletes and sports competitors who held jobs as of 2008. This includes every sport, including all of the athletes who aren’t ready for prime time yet (that is, the minor leagues).

The thought of having 16,000 wealthy prospective franchise owners eventually searching for business opportunities in the world of franchising is a nice one. After all, what franchise development director wouldn’t want to have a slew of highly qualified candidates like Magic Johnson requesting information about a particular franchise concept?

While I don’t see hundreds of former professional athletes clamoring to become franchisees, if enough of them do, it could be terrific publicity for the franchise industry. I just don’t see it as a game-changer. (That sporting reference was unintentional!)

2012 will be a very important year in franchising. If the U.S. economy continues to struggle, growth will continue to be sparse in the franchise industry. But if things finally do start to turn around, there’s a lot of pent-up demand for the great products and services that franchises provide to both consumers and businesses.

If lenders start making more loans available for people who want to start businesses, there’s a large pool of prospective franchisees sitting in the wings, waiting to take their shot at The American Dream.

The franchise community is ready and waiting to help them do just that.

Joel Libava is the Franchise Expert for Small Business Trends. Joel, The Franchise King®, equips today’s prospective franchise owners with time-tested, proven techniques designed to increase odds of success. He does this through one-on-one coaching, and gobs of useful content that can be found on places like Small Business Trends, SBA.Gov, and his award-winning franchise blog, The Franchise King Blog . He’s been featured in Entrepreneur® magazine, and is frequently called upon by national media outlets and publications for his no-spin insights into the world of franchising.
21 Reactions
Subscribe
Follow @smallbiztrends
RSS LinkedIn Pinterest iTunes