Being an eco-conscious business once was impressive enough. But now more businesses are taking their green efforts to a whole new level: trying to completely erase their footprint. 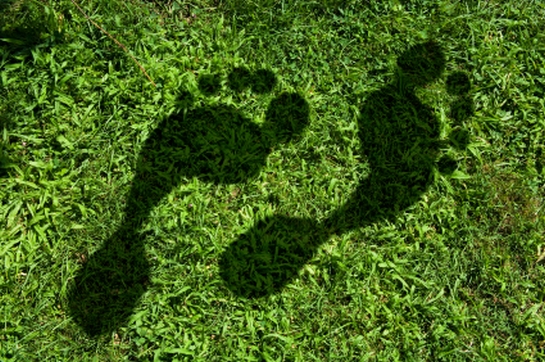 It’s often called “carbon zero” or “carbon neutral.” The idea is that a business lowers its carbon footprint (along with other noxious gas emissions) created by its operations and then takes extra steps to counteract what footprint remains – typically through buying carbon credits to offset the pollution they cause. Offset dollars can be used to plant trees or fund other projects intended to lower pollutants in the atmosphere.

Several large companies have announced initiatives in recent years to become carbon neutral within the next several years, and Federal Times reports that the U.S. government plans to have all federal buildings “net zero” by 2030. (It’s doing so by relying on renewable energy sources, such as solar and wind, to power buildings and harvesting as much excess heat as possible so it doesn’t need to use fossil fuels.) But now the concept is trickling down to smaller companies seeking ways to impress their customers with their green initiatives.

Some companies are even rolling out carbon neutral products as a way to entice and educate consumers. (Check out U.K. clothing retailer Marks and Spencer’s “carbon neutral” bra.)

The trend toward achieving carbon neutrality is spawning an ever-growing list of nonprofits and consultants devoted to helping small and big businesses attain carbon neutrality and get certified for doing so. SFGate reports that CO2 Neutral Seal, one such organization, recently unveiled a project that helps websites measure their carbon footprint using traffic data from Google Analytics and then sells them credits to offset it.

Some companies, such as yoga mat maker Gaiam, are getting customers involved by letting them  buy carbon credits to offset their shipping.

While it’s admirable to want to minimize your business’s footprint, it’s not necessarily wise to jump quickly onto the “carbon zero” bandwagon. Green business initiatives should be well-aligned with the rest of your company’s goals and initiatives. It’s easy to flock to carbon credits as a way to offset your pollution rather than finding more authentic, impactful ways to make your company environmentally friendly. Moreover, you must be careful about buying offsets and where you buy them from: Some studies have found that only a fraction of some programs’ offset dollars actually go toward emission-reducing projects.

The best way to go “carbon neutral” is first to examine your organization on all levels and find cost-effective ways to be  more energy efficient and deploy practices, from better shipping and travel management, that generate long-term environmental benefits. Once you’ve explored everything you can realistically do, then consider whether it makes sense to  spend money to offset the rest.

Kelly Spors is a former small-business and entrepreneurship reporter and blogger for The Wall Street Journal who has also written for Yahoo!, Entrepreneur, NFIB's MyBusiness magazine and The New York Times. Kelly is now a freelance editor and writer based in Minneapolis and has previously managed communications for an environmental non-profit that helps businesses find ways to be greener.
4 Reactions
Leave a Reply Cancel reply
Subscribe
Follow @smallbiztrends
RSS LinkedIn Pinterest iTunes