There are signs that the economy is heating up even as winter has officially arrived. The second annual Small Business Saturday gave a big boost to Main Street merchants and spurred an estimated 103 million Americans to shop at independently owned small businesses on November 26, 2011. 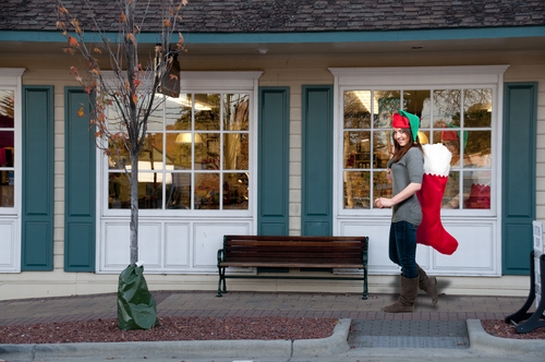 The figure is well above the pre-Thanksgiving forecast of 89 million. Increased awareness of the day and dozens of locally organized initiatives helped merchants leverage the wave of consumer support.

Public awareness of Small Business Saturday rose to 65 percent — a huge increase from 37 percent in 2010. Elected officials in all 50 states and Washington, DC, championed the effort, including President Obama, who shopped with his daughters at an independent bookstore near the White House. Nearly 195,000 tweets were sent in support of the event in November, and more than 2.7 million Facebook users “liked” the Small Business Saturday page – more than doubling the 1.2 million “likes” in 2010.

Thanksgiving weekend was the best ever for retailers as 226 million shoppers took advantage of Black Friday deals and earlier than ever store openings to spend a record $52.4 billion, an increase of 16 percent over last year, according to the National Retail Federation.

All of this is good news. Consumers are willing to spend when they feel more confident about the future. The continuing European debt crisis shines light on the fact that the fundamentals of the U.S. economy are strong.

Kenneth I. Chenault, Chairman and CEO of American Express, said it best:

“By supporting small businesses across America, consumers are helping to create jobs, boost the economy and preserve our neighborhoods.”

Small businesses are an important engine for U.S. economic growth. These signs of life are refreshing.