Is Your Business Planning to Hire in 2012?

American Express OPEN recently took a look back at its past 10 years’ worth of Small Business Monitor surveys, with a particular focus on hiring. The resulting new report, Trends in Small Business Hiring: 2002-2011, hones in on business owners’ responses when asked whether they plan to hire new full-time or part-time employees, cut staff, or keep the same staffing levels over the next six months. The survey used a “net hiring score,” subtracting the percent of firms that plan to cut staff from the percent planning to hire. 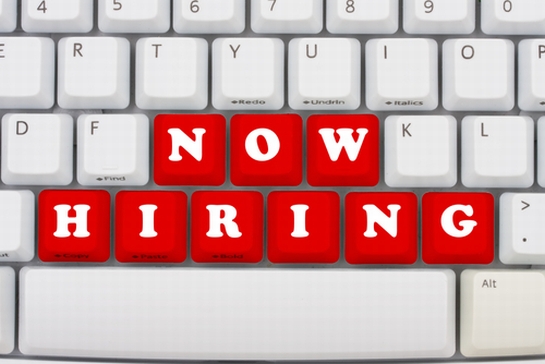 Overall, small business owners tend to “hold the line.” No matter what the economic situation, over the past 10 years the percentage of entrepreneurs who are planning to add employees has consistently surpassed the percentage planning cutbacks. This doesn’t surprise me, as entrepreneurs who work closely with their teams are likely to do everything in their power to avoid layoffs.

The bigger the small business, the more likely it is to hire. Over the 10-year period, companies with 20 or more workers, or sales of $500,000 and up, were consistently more likely to plan to hire than other groups.

That’s also not surprising, but what is more unexpected is that the smallest companies—those with under 10 employees—were far more likely to fall in line with the hiring average. In contrast, companies with 10 to 19 employees have consistently been the most volatile. In Fall 2006, Fall 2007 and again in Fall 2010, their hiring plans fell far below the national average. Why? Perhaps these companies are in the “growth pains” stage of business where it’s often difficult to judge hiring needs.

So what’s the current outlook? In the Fall 2011 survey, 31 percent of business owners surveyed were planning to hire new employees while 9 percent planned to cut back, for a net hiring score of +22. American Express OPEN notes that while regional differences in hiring have lessened since the 2008 recession, industry differences have increased.

The Fall 2011 survey reports a net hiring score of +28 score among small manufacturers, +26 among business/professional service firms, +17 among retailers and +17 in all other firms.

How do small businesses’ hiring plans compare to those of big business? In the most recent Manpower Employment Outlook Survey of global companies, 14 percent of U.S. employers surveyed expected to add staff in the first quarter of 2012, while 9 percent planned to cut, for a Net Employment Outlook of +5 percent (or +9 percent if seasonally adjusted). Some 70 percent planned no change, while 7 percent were uncertain about their hiring plans. This 7 percent was an increase from 3 percent in the last survey and was a historically high level of uncertainty.

What does it all mean? Whether you’re a big business sitting on unprecedented amounts of cash, or a small entrepreneur with far less room for error, employers are still fearful of hiring in this uncertain economy. Still, small business owners are significantly more optimistic about hiring, showing that their reputations as job creators and engines of the economy are well deserved.