Can a discussion of the federal deficit, now in excess of $15 trillion, be separated from a discussion on taxes? Of course not! Therefore, taxes will continue to be an important topic on the federal level because of the dichotomy between raising taxes to address deficit concerns vs. keeping taxes low to help create jobs and improve the economy. 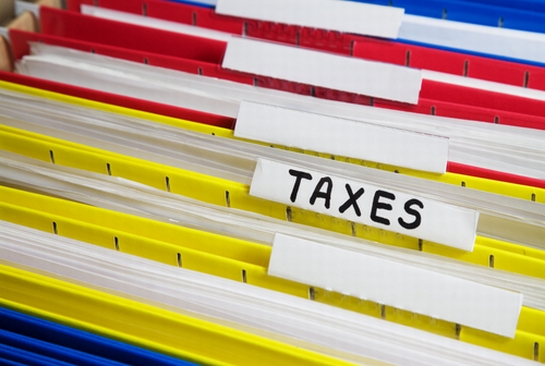 Which will win out in 2012? Much depends on what happens in the November elections. Until then, however, there are some important trends in taxes worth noting:

1. Taxes will remain a political football.
The wrangling in the Super Committee, which failed to reach a consensus by the November 23, 2011, deadline, demonstrates the ongoing political nature of taxes. As a general rule, Republicans are against raising taxes, while  Democrats want to raise taxes on the so-called wealthy (many of whom are small business owners). This acrimony is not likely to disappear.

Taxes will surely be a key issue in the presidential race. While it’s too early to tell who will be the Republican candidate, each contender has offered his or her own tax solution (www.atr.org/presidential-candidate-tax-plan-comparison-a6588). Here are some key points from a number of the candidates:

2. Tax audits are on the rise.
According to one KPMG survey, tax audits of businesses have increased. Corporate executives who were surveyed reported a 61 percent increase in federal tax disputes; 37 percent reported an increase in state tax audits.

What continues to be a popular audit topic is worker classification to determine whether a company is properly treating a worker as an independent contractor or whether the worker should be treated as an employee. The IRS is not alone in this endeavor; it is getting help from the U.S. Department of Labor and various states with which there are information-sharing agreements.

3. Uncertainty about health care rules remains.
The fate of the Patient Protection and Affordable Care Act of 2010 (“Obamacare”) is uncertain. The U.S. Supreme Court has agreed to hear a case brought by the NFIB and 26 state attorneys general involving the constitutionality of the law. It will hand down a decision by the end of June 2012. In the meantime, businesses must still deal with the law.

For small businesses, the key feature of Obamacare was the creation of a tax credit for helping to pay for employee health coverage. The credit was meant to be an incentive for small businesses to continue or increase their payment of health coverage for employees. The Treasury Inspector General for Tax Administration concluded that the credit has been a bust. When the law was passed, it had been expected that 4.4 million businesses would use it; as of mid-October 2011, only 309,000 had done so. The NFIB has suggested that the current credit be replaced with a new credit that is easier to understand and compute. There may be sentiment in Congress in 2012 to move toward a better small employer credit for health care.

4. Some favorable business tax rules will be extended.
Numerous tax rules are set to expire at the end of 2011. Likely, many will be extended, at least through 2012. However, action on extension may not occur until 2012 (i.e., extension will be retroactive to the start of the year). Some of the key provisions include:

There is bipartisan support for the extension of various business tax breaks, and the American Growth, Recovery, Empowerment and Entrepreneurship (AGREE) Act of 2011 has been introduced by members from both sides of the aisle in Congress to see that this happens. It is too soon to predict whether the measure will be enacted.

5. State and local governments scrounge for new sources of revenue.
The federal government is not the only government thirsty for more revenue. Many state and local governments are in dire need and are looking for any way to raise revenue. A number of localities are turning to gambling in order to generate more revenue, and the Nelson A. Rockefeller Institute reports that gambling revenue is on the rise. Many are looking to institute online gaming. A bill to make New Jersey the first state to legalize online gambling was passed in the state legislature, but vetoed by Gov. Christie. The issue may be brought up again in New Jersey and in other states. Other states are expanding  gambling venues (e.g., historic Saratoga Raceway in Saratoga, New York, added slot machines).

7. Estate planning for business owners remains challenging.
The estate tax rules are fixed only through 2012. This means that after 2012, the rules are set to revert to pre-Bush-era rules. Instead of the $5 million exemption that applies for 2011 ($5.12 million in 2012), the exemption will be only $1 million. Many believe that estate tax is particularly harsh for small business owners. If they die with estates (including their business interests) that are valued at more than the exemption amount, their families may be forced to sell off business interests to raise the funds to pay the estate tax. Often this results in the demise of some family-owned businesses.

Expect to see renewed interest in abolishing the estate tax entirely (a platform of some Republican presidential candidates) or at least maintaining the current exemption level. As 2012 draws to a close, the debate likely will grow louder on the question of estate tax.

8. Filings will be almost exclusively online.
Starting with the 2012 tax season, paid tax return preparers are required to e-file client returns if they expect to file more than 10 forms in the 1040 series and/or 1041 (the income tax form for trusts and estates). Thus, almost all individuals who use paid preparers will have their returns filed electronically.

E-filing isn’t limited to personal income tax returns. Businesses can e-file employment tax returns. They usually must e-file returns related to their retirement plans and excise taxes, as well as for certain other federal tax purposes. This trend will surely continue.

9. Low interest rates will have an impact.
Due to low interest rates used by the IRS, such as for penalties for underpaying estimated taxes, there is less incentive to avoid the penalties. For example, the IRS interest rate charged on underpayments in the fourth quarter of 2011 and the first quarter of 2012 is only 3 percent. Thus, an owner of pass-through entity, such as an S corporation or limited liability company, who pays income tax on his/her share of business profits on the personal return likely will be paying less estimated taxes. Even if this results in an underpayment that is subject to penalty, the amount of the penalty (3 percent) is small compared with the value of retaining the cash that could be needed for cash flow.

Caution: Be sure to have sufficient funds available when it’s time to pay the balance of the taxes due. Failure to pay by the April filing due date triggers both penalties and interest.

10. The U.S. tax system will continue to become more and more complex.
According to one PWC report, America has a very complex tax system for business taxes. The U.S. ranks 69th out of 183 countries in complexity; it was 23 places better as recently as 2009. While other governments continue to reform their tax systems, ours continues to grow more complex as new tax rules are added year after year. The complexity serves as a disincentive for foreign capital to invest in U.S. companies. However, referencing the first trend in this article, politics and the compromises that it demands likely will help to keep the U.S. tax system complex.

Bottom line: Taxes will continue to be an important issue for small businesses in 2012. Hopefully, but not likely, advocacy groups and sanity will prevail to move toward simplification and lower taxes. However, stay alert to specific opportunities that could help you.

Barbara Weltman is the Tax Columnist for Small Business Trends. She is an attorney and author of J.K. Lasser’s Small Business Taxes and The Complete Idiot’s Guide to Starting a Home-Based Business. She is also the publisher of Idea of the Day® and monthly e-newsletter Big Ideas for Small Business® and is a trusted professional advocate for small businesses and entrepreneurs.
10 Reactions
Subscribe
Follow @smallbiztrends
RSS LinkedIn Pinterest iTunes