Believe it or not, the economy is slowly getting better. I’ll grant you, the last two calendar quarters for which we have numbers (2nd and 3rd quarters, 2011) have seen pretty sluggish growth but it was growth nonetheless. 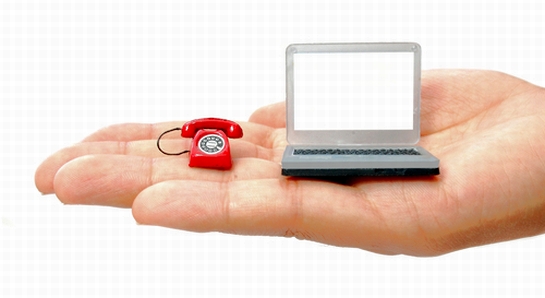 It is during times like this that the world seems wide open to the would-be business owner who is paying attention and has the kind of vision that can see next year’s opportunities embedded in this year’s chaos. The trick is to find the opportunities that are not going to turn into bandwagons for everybody to jump onto by February.

So, in case you’re having trouble kick-starting your own version of vision, here are a few of the kinds of ideas you probably won’t find in everybody’s tweets and headlines and blog posts to get your creative juices flowing:

Indie Skill Builder (Coach) and other labor-market related consulting gigs: If you caught the brief exchange between myself and Emergent’s Steve King in last month’s Research Roundup, you’ll know that we’re probably in the midst of a labor market shift that is will leave us with a 50-50 split between the traditionally employed and the “contingent workforce” — composed of temps, part timers and freelancers/independent contractors.

But being a freelancer requires a certain very specific skill set that is quite different from the skill set needed by the traditional employee. Enter a new set of business coaches to fill that gap, particularly for those unfortunate college grads who are not finding employment in the traditional zone. Plenty of work, with this shift taking at least a decade to get where it’s going.

Inventive Inventions and Innovations: While everybody speculates on the future of Facebook and plays with the ever-expanding features of their smart phones, there’s a certain kind of anticipation in the wind. Everybody — particularly venture capital investors — is waiting for the Next Big Thing and hoping fervently that they are able to recognize it when they see it. Of course, inventions of the sort that we’re talking here — stuff like Velcro, Spandex and Teflon — require certain technical skills but if you have those, you’re golden.

Are you thinking I’m kidding with my examples? I’m not. Take a look around your house and see how many examples you find of one, two or all three substances in the things you own. The investors of those homely substances have made a bucket of money in a decidedly low-tech way. (While you’re at it, consider the investor of the humble Post-It note.) This is not an “easy” opportunity; inventions and patents and all that jazz can be a legal minefield full of corporate greed and intrigue. But, for the creative and intrepid, the rewards can be fantastic.

Manufacturing Consultancies (logistics, technology updates, etc.): I would not have expected to see myself writing this under any circumstances but it looks like the manufacturing sector has been showing signs of life for some time now. But, with economic growth continuing to be sluggish, manufacturing plants are going to have to achieve new heights of efficiency if they want to thrive during lean times.

Any service sector firm that can help with that effort — whether they know logistics or work flows or technologies or anything else along these lines — should be able to make a strong case for their services. A bit of salesmanship is going to be needed here — your services won’t just sell themselves in this economy — but the times might allow for the development of a nicely-sized client list that can keep you busy and paying the bills in 2012.

Wholesale Traders: Another surprise in the numbers comes in the form of personal consumption expenditures. The year-end consumer spending season turned out to be better than anticipated — at least by the National Retail Federation, which upped its estimated increase in holiday retail sales from 2.8% to 3.8% just ten days before Christmas Day.

With consumers in a better mood these days while private inventory investment posts discouraging numbers, the writing for a slow and steady release in pent-up demand seems likely to be on the wall. But, in the consumer world, microbusinesses stand to do better in the wholesale end of things rather than having to compete with the Walmarts of the world in the retail space.

High End Personal Services: Occupy Wall Street might lament the Gordon Geckos of the world and the progressives among us might sound alarm bells about income inequality but, in the meantime, it all translates into much largess for the microbusiness owner who can come up with a suite of personal services for them-that’s-got (in the words of the immortal Billie Holiday). The nice thing about this for said microbusiness owner is that it would in this case be a fairly simple matter to design a business around something you genuinely like to do.

If you are a pet masseuse or a people groomer or have the skill to make anything else look or feel good, then you can find ways to market those services to the kind of clients with enough money to pamper themselves, their pets, their palates, their cars, their crabgrass and their contours even in times like these.

There’s enough here to start your creative juices flowing and your enterprising eye looking for your very own niche. Meanwhile, here’s hoping you have a happy, healthy and prosperous new year.