Jobs.  What’s more important to an economy (and a household for that matter) than for people to be working?  Of course there’s many factors but no matter who you are, employment and jobs are right up there at the top of the list of what is needed for a healthy and vibrant economy.  That’s why I am rejoicing at today’s jobs report. 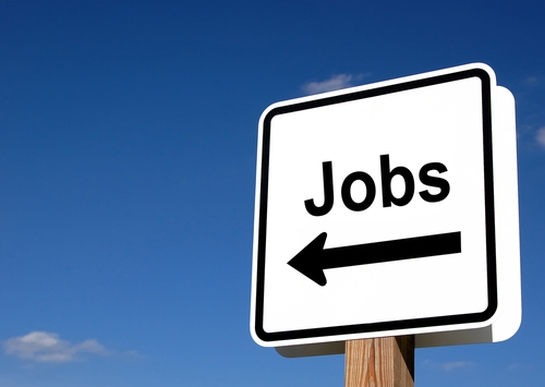 The jobs report that came out today said that unemployment is at a 3 year low of 8.3% – according to the Bureau of Labor Statistics – and that we added 243,000 private sector jobs in January.  Not sure about you but I like that.  The market was looking for 150,000 new jobs so expectations were exceeded. I realize it’s not the 4.5% unemployment we had in 2Q 2007 but it’s also not the 10.0% we had in 4Q 2009 so we’re heading in a better direction.  And, yes, I agree that we have a long way to go but I like the current trend.

What else am I (cautiously) optimistic about?  Small business lending is slowly beginning to come back.  About 15 months ago we heard from Bank of America that they planned to hire 1000 people primarily dedicated to the small business sector by 2012.  Citi announced some impressive “results” – and, by the way BofA, you get more cool points for results than you do for intentions!  Chase has also recently announced some great strides in the small business lending “results” category.

I agree with my friends and colleagues who contend that it was the local banks and smaller banks who helped us through The Great Recession with their SBA-backed lending efforts so I mean no slight to them when I say I’m happy about the direction of lending in the big-bank category.

So while the Negative Nancy’s are rolling their eyes at me and the Positive Peggy’s are ready for the big celebration here’s why neither of those extreme’s is the right place to be.  8.3% is still too high and we want a lower unemployment rate.  Additionally, since we live in a global economy where ripple effects cross borders and can circle the globe, the larger concern is how the European debt defaults will impact both the world and the US economy.  Greece is close to a likely default in the next month or two and some of their neighboring countries are looking at the same issue on the not-too-distant horizon.

Let’s not forget the global impact that was felt by our own US subprime mortgage defaults that have all occurred just in the last 5 years.  Wasn’t it Ben Bernanke or Alan Greenspan that said, “It’s a global economy, dude?”  Okay, maybe not but you get the point.

If the trend of lower unemployment continues like it has for the last 6 months then we’re all likely to be happy.  Housing is still not good but can you imagine what would happen if more people get back to work and then those same people buy or refinance their homes since rates are at historic lows and then that creates more jobs in banking and lending and the unemployment percentage continues to decrease even more?

That’s one reason the Fed is keeping rates low – let’s call it the New Fed Stimulus Package or the NFSP…what do you think?  I like how William Dunkelberg from the NFIB summed it up “The market was looking for 150,000 jobs, and we got 257,000.  We’ll rejoice, and hope for another good month next month.”

Tom Gazaway is Founder and President of LenCred. His expertise is in helping small business owners who are in the first two years of business to properly obtain business financing that separates their personal and business credit while also protecting, preserving, and improving their credit profiles. Tom blogs on the LenCred blog, The Business Finance Lounge.
6 Reactions
Subscribe
Follow @smallbiztrends
RSS LinkedIn Pinterest iTunes