Drag Along Rights Are Now Commonplace

As anyone who has been on either side of a venture capital deal knows, a fund raising agreement usually has so many provisions that someone inexperienced needs a glossary to read it.

The greater use of drag along rights reflects a belief among investors that venture capital-backed companies may have to be sold relatively cheaply in the future. 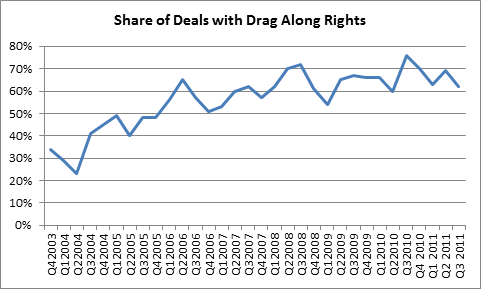