It’s a truth universally accepted (and also supported by many surveys) that today’s young people are more interested than ever in entrepreneurship. Having seen their parents laid off from corporate jobs, having grown up with entrepreneurial role models like Steve Jobs and Mark Zuckerberg, and having witnessed their older siblings’ difficulty finding entry-level jobs in today’s economy, it’s no surprise that youth today often express more interest in starting their own businesses than in working for someone else. 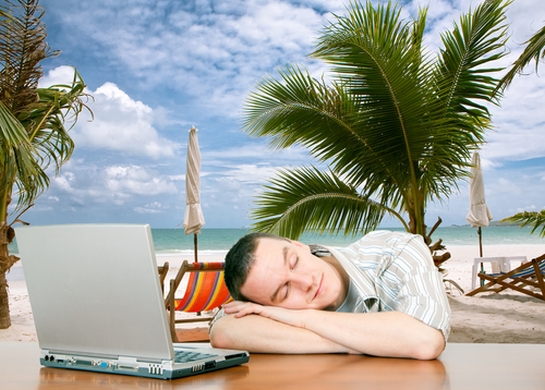 But are young people interested in starting their businesses for the right reasons—or the wrong ones? A new study by Harris Interactive for ASQ (PDF), which polled teens about their attitudes toward careers and study, paints a worrisome picture.

The teens, ranging from 6th to 12th graders, believed studying science, technology, engineering and math (STEM) subjects gave them the widest range of opportunities after graduation. Medical doctor and engineer were seen as the most desirable careers by 34 percent and 29 percent of respondents respectively. In contrast, just 11 percent of the teens thought being an entrepreneur offered the most opportunity.

But even among those students who were interested in careers in STEM, 67 percent were concerned about the obstacles they would face. What was bothering them? Twenty-six percent said the cost and time required to get a degree in STEM is too high compared to other subjects. One-fourth said their grades in STEM subjects (math and science) aren’t good enough to pursue this as a career. Perhaps most disturbing, 25 percent said STEM careers involve “too much work and study” compared to other careers.

It begs the question, are the students who want to be entrepreneurs taking that path because they truly want to be business owners, or because they think it’s “easier” than studying math or science?

As an entrepreneur, I truly believe that we are living in the most exciting period for entrepreneurs we have ever seen. But to fully take advantage of the biggest opportunities for entrepreneurship today—those in technology–you need to be well versed in math and/or science.

I wonder if today’s image of the successful tech entrepreneur as laid-back and casual (picture Mark Zuckerberg’s ever-present hoodie) and the fun, campus like environment at tech companies like Google may be giving our kids the mistaken impression that you can surf YouTube all day and still come up with the next great business idea. Sadly, 51 percent of students in the survey admitted they spend more time after school on the computer—surfing the Web or playing video games—than they do on schoolwork, studying or reading.

Being an entrepreneur is a lot of fun, and on the outside, it may look like it’s all play and no work. But getting it right requires lots of hard work. Are today’s kids up to the challenge? Or do they think entrepreneurship is “the lazy way out”?