How Much Is That Incandescent Costing You?

Many small businesses have already switched to energy-efficient lighting but there are still plenty of holdouts.  Some business owners don’t like the look of twisty compact fluorescent bulbs (CFLs), or they find LEDs and CFLs light too glaringly bright. Higher upfront costs of new lighting technologies scare away others.  However, it’s worth taking a new look at energy-efficient lighting, if you haven’t already. 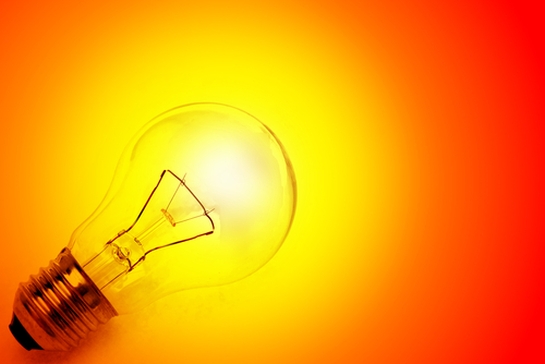 The prices of many energy-efficient bulbs, including CFLs and LEDs, have fallen substantially – and are expected to continue falling. Payback times of many lighting upgrades is now under two or three years.  Not to mention that inefficient lights emit much of their energy as heat rather than actual light. So they can drive up air-conditioning costs in the summer months.

Here’s a look at the potential cost savings of making the switch:

Say you have one 60-watt incandescent light bulb that stays on for 60 hours per week and thus uses 3,600 watts per week. That’s 187,200 watts per year, or 1,872 kilowatts. If you pay 10-cents per kilowatt hour for electricity, that bulb costs you roughly $19 per year. Multiply that across 10 incandescent bulbs, and you’re looking at an annual lighting electricity cost of about $190.

Replacing those 10 bulbs with 14-watt CFLs might cost $20. But you would pay only about $44 in electricity each year – a $136 annual electricity savings. (The standard price of LEDs is still quite a bit higher – perhaps $20 per bulb – but that is expected to drop substantially in coming years.)

The technology of efficient lighting is also evolving quickly. Some businesses have refrained from moving to efficient lighting because they use dimmer switches, which haven’t generally worked with CFLs. But with the advent of LEDs and better dimmable CFLs, it’s more of an option these days. Read more about choosing light bulbs and the options in Consumer Report’s Light Bulb Buying Guide.

It’s also worth checking with your utility company about incentives. Many utilities now provide incentives to commercial customers that install efficient lights, sometimes covering up to 70% project costs. That  may generate payback times of under six months. You can find out if your utility offers incentives at the Database of State Incentives for Renewables and Efficiency.

Have you installed energy-efficient lights at your business? How much of a cost savings have you seen?

Kelly Spors is a former small-business and entrepreneurship reporter and blogger for The Wall Street Journal who has also written for Yahoo!, Entrepreneur, NFIB's MyBusiness magazine and The New York Times. Kelly is now a freelance editor and writer based in Minneapolis and has previously managed communications for an environmental non-profit that helps businesses find ways to be greener.
8 Reactions
Subscribe
Follow @smallbiztrends
RSS LinkedIn Pinterest iTunes