President Obama: Small Business is Part of His Reelection Strategy

President Obama is urging Congress to support legislation to expand tax cuts for small businesses and free up capital for startups. 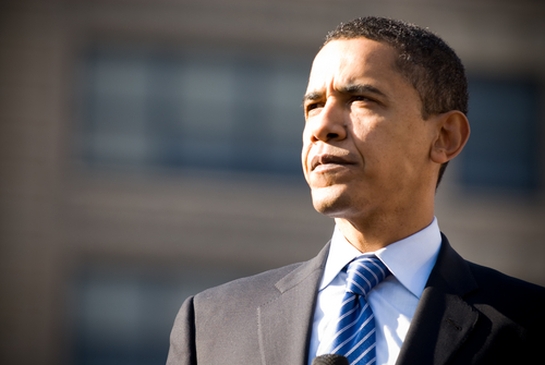 His proposed “Startup America Legislative Agenda,” would eliminate taxes on capital gains in investments in small businesses and provide a 10 percent income tax credit on for new hires or to spur job-creation, double the deductions a startup business could take from $5,000 to $10,000, and extend 100 percent first-year depreciation for qualified property. The President will offer details of his proposals in the fiscal 2013 budget that will be submitted to Congress on February 13.

In an election year in which the economy will likely be the determining factor, both Democrats and Republicans will want to be seen as supporting small business, and cutting taxes is always popular with the electorate.

The White House sees small business growth as a primary driver of the economy. In fact, my company has been providing data on loan approval rates at big banks, small banks, credit unions and other alternative lenders to the President’s Council of Economic Advisers for the past several months. While the economy has risen above the dark period in early 2009 when the country was in a tailspin, the recovery is far from complete.

Credit markets are still tight for entrepreneurs, and big banks, in particular, are making it more and more difficult for startups. For example, many ask for three years’ worth of financial data before granting loans. How can a startup provide such numbers? Therein lies the challenge.

President Obama is positioning himself as an advocate for entrepreneurship and innovation. It is a good platform for reelection. Recently, he elevated Karen Mills, head of the Small Business Administration (SBA), to be a member of his cabinet. The President called this decision:

“A symbol of how important it is for us to spur entrepreneurship, to help startups, to move aggressively so that we can assure more companies that create the most jobs in our economy.”

The SBA has been instrumental in getting funding for startups, particularly during a period when financial institutions have been reluctant to lend. The agency’s 90 percent loan guarantee program was very successful, and only a very small percentage of SBA-backed loans defaulted.

Although it is admirable that the President is trying to be innovative, I believe the government’s most effective vehicle to help small companies has been the SBA, which was created by President Eisenhower almost 50 years ago. Ironically, it has been the Republicans who have called for the scaling back of the agency. President Obama has repeatedly bolstered the SBA, and its loan programs have helped countless businesses get the funding they need for growth.