With large companies not stepping up to the plate as “job creators,” small business owners have been under a microscope, with polls and surveys monitoring our hiring actions and intentions as closely as Punxsutawney Phil gets watched on Groundhog Day. 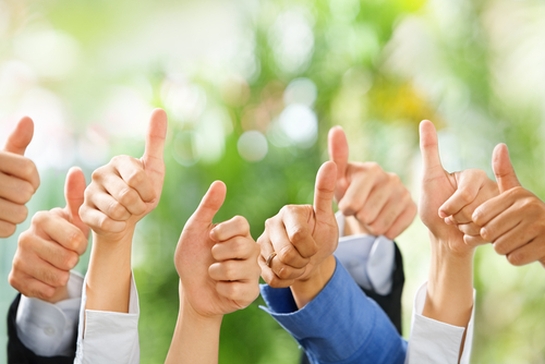 For what seems like eons, there’s been little change in small businesses’ intent to hire. But now, it looks like we can finally see some light at the end of the tunnel. A recent Gallup/Wells Fargo poll pegs small businesses’ plans to hire as the best they’ve been since January 2008—that is, back before the recession began.

Nearly one-fourth (22 percent) of the small business owners told Gallup they plan to increase the total number of jobs at their companies over the next 12 months; only 8 percent expect that number to decrease.

Gallup’s positive findings are echoed by the latest Citibank small business survey, which shows small business owners’ hiring intentions at the highest they’ve been in two years. Over 25 percent of the small businesses surveyed intend to increase their permanent full time employees this year. That’s a 12 percent increase from January 2011 and a 9 percent increase in the last six months. In addition, 22 percent plan to bring on full time workers on a seasonal basis.

The majority (71 percent) of those surveyed in the Citibank report plan to keep their workforce the same size, but that doesn’t mean their outlook is negative. Forty-four percent say they’ll work longer hours themselves, and 40 percent expect their current employees to be more productive—all good signs that business is picking up, even if hiring plans haven’t yet kept pace.

But are small business hiring plans just pie in the sky? Small business owners in the Gallup poll were significantly more negative when asked to reflect on how much hiring they actually did in the past year. In 2011, about 22 percent decreased jobs while 13 percent increased them. The Gallup report says:

I don’t think these plans are pipe dreams, but I do think small businesses are waiting for the right time to commit to hiring. The results of the Citibank survey back me up: Overall, small business owners are confident, with 87 percent saying they think 2012 will be better than or the same as 2011. Nearly half say they are “poised to grow when conditions are right.” And another 33 percent believe their businesses will be growing rapidly or moderately in 2012.

Are you as confident as the business owners in these surveys? Are you going to back up your optimism by hiring?