I don’t know about you, but I’m starting to get the feeling that the excitement surrounding the green business movement is starting to lose its luster. 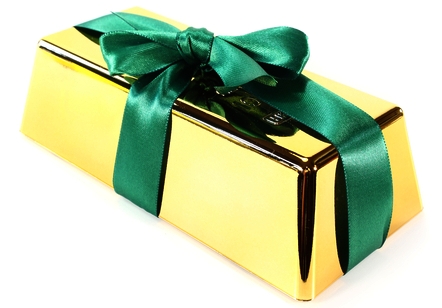 Before I share some of the reasons why, read The State of Green Business from Kelly Spors, as it will help set the table for this post.  While Kelly’s report paints a mostly positive picture about green business, I’ve been noticing a few hiccups as of late, including;

According to an article in The New York Times, taxpayers may end up being on the hook for almost a half a billion dollars. Solar panel manufacturers and sellers probably didn’t see too much of an uptick in business in the days and weeks following the Solyndra news.

Some say that Volt sales are slow because of the $40,000 price tag. Some say that it’s a combination of price and plug-in.  The bottom line; US consumers aren’t flocking to showrooms to buy electric automobiles.

Toyota made a commitment to test the product, because it was in line with their zero-waste mission, but nothing came out of it; they didn’t buy Rapioli. It can be quite a challenge to convince a huge company to buy a cutting-edge green product.

The first green franchises that appeared were of the solar variety. The franchisors that set these new concepts into motion were based on the west coast of the United States, and most of the people that invested in solar franchises set their businesses up in places like California, Nevada and Arizona.  One of the main reasons for these locations being first on the grid was the fact that there were, (and still are) financial incentives from the government for homeowners that had solar panels installed. That’s since changed, and for the better, as you’ll see on this Database of State Incentives For Renewables And Efficiency.

While it’s great to see more states offering subsidies to homeowners that convert their homes to solar energy, the up-front cost is still out of reach for most people. (Approximately $30,000) We’ll have to wait and see if the interest in solar energy remains strong, but more importantly, we’ll need to find out if wallets will actually start opening for solar panel installs.

I’ll admit it; I get energized about the possibilities surrounding all things green. I like seeing an occasional wind turbine spinning silently along my local freeways. Once in a while, I see a house that has an array of solar panels set up, and it’s a good feeling to know that a few residents have taken it upon themselves to move towards energy independence.

It’s also a good feeling to learn that a number of small businesses have started to focus on sustainable practices. But, will more small businesses move in the green direction? And, can they?

Joel Libava is the Franchise Expert for Small Business Trends. Joel, The Franchise King®, equips today’s prospective franchise owners with time-tested, proven techniques designed to increase odds of success. He does this through one-on-one coaching, and gobs of useful content that can be found on places like Small Business Trends, SBA.Gov, and his award-winning franchise blog, The Franchise King Blog . He’s been featured in Entrepreneur® magazine, and is frequently called upon by national media outlets and publications for his no-spin insights into the world of franchising.
15 Reactions
Subscribe
Follow @smallbiztrends
RSS LinkedIn Pinterest iTunes