Have A Checking Account With A Big Bank: Buyer Beware

Unbeknownst to you, and for almost a decade in some cases, the banks have been playing a little game behind the scenes.  It just so happens that the game that’s being played is with your money. 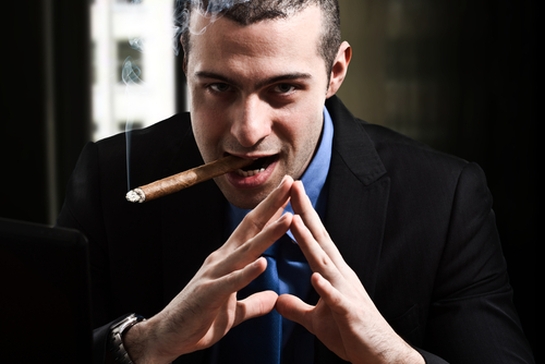 It was August, 2010 when the stuff kinda hit the fan as they say.  That’s when Wells Fargo had to shell out $203 million after losing a lawsuit over their deceptive overdraft fee policies.  It’s a little known trick called reordering or high-to-low resequencing.  It basically means that a bank will settle out each day by ordering each of the transactions in a descending order from largest transaction to smallest.  It may not be a big deal, but what if you became overdrawn on your account?

You were out and about on a beautiful Saturday afternoon and bought lunch, grabbed some snacks, picked up a new shirt for work, saw a great deal on some shoes, and then capped it all off with a cappuccino/latte/espresso (as expressed by a non-coffee drinker who prefers his caffeine in the form of multiple diet cokes).  But that was all in preparation for buying that new 50 inch plasma TV that’s on sale at Best Buy.  You know payday is on Monday and your account is a little tight, but even if the purchase at Best Buy puts you a couple hundred bucks in the red you figure the overdraft charge is only $35 plus you get paid on Monday…heck, it’s the weekend and maybe you won’t even get hit with the $35 fee.

Well, think again.  Try $35 x 6 for a total of $210 in fees!  It’s because the bank calculated the largest transaction (the plasma TV) first and then all those other transactions – even though they happened sooner – after the large transaction so by their calculations every transaction that day was subject to a $35 overdraft fee.

The Wells Fargo decision by Judge William Alsup got additional attention simply because of how outspoken Alsup was.  He called the Wells Fargo practices “gouging and profiteering.”  He didn’t stop there and went on to say:

“Internal bank memos and e-mails leave no doubt that, overdraft revenue being a big profit center, the bank’s dominant, indeed sole motive was to maximize the number of overdrafts.”

Then we’ve seen other banks settle class-action lawsuits like Bank of America who settled in Nov. 2011 for $410 million on this overdraft issue and Chase in Feb. 2012 for $110 million.  Eileen Smith covered the topic well in a recent article about TD Bank’s charges.

In fact, here’s a list of banks currently involved in lawsuits over excessive overdraft fees.  There’s a decent chance your bank is on the list.  Of course, the penalties are basically a slap on the wrist when you consider the profits that have been made on overdraft fees.  It’s estimated by the Consumer Financial Protection Bureau (CFPB) that banks made between $15 billion and $22 billion in 2011 from overdraft fees.  That’s down from much higher estimates in previous years.  According to American Banker, Chase made $500 million a year in post-tax income from high-to-low resequencing.

How would you feel if your financial planner or accountant treated you and your money like this?  You would leave him/her in a heartbeat and never let someone like that manage your money again…and why is this behavior from a bank somehow acceptable?

So where are we now with all of this?  It’s a good question.  There are obviously many class-action lawsuits in the works and the practice of reordering debits or high-to-low resequencing has been illegal since July, 2011.  The CFPB announced in late Feb that they are investigating banks’ deceptive overdraft practices.  I’m sure the banks will find other ways to generate that precious fee income and they’ve obviously been exploring with ideas already as we’ve all been hearing about.

It may be time to join the growing army of small businesses who are leaving the big banks for smaller banks and credit unions.

Tom Gazaway is Founder and President of LenCred. His expertise is in helping small business owners who are in the first two years of business to properly obtain business financing that separates their personal and business credit while also protecting, preserving, and improving their credit profiles. Tom blogs on the LenCred blog, The Business Finance Lounge.
27 Reactions
Subscribe
Follow @smallbiztrends
RSS LinkedIn Pinterest iTunes